EU antitrust regulators have reached a final deal with Amazon, three years after officials in Brussels opened a probe into whether the company uses data to engage in anti-competitive practices, according to the Financial Times.

Amazon has agreed to give rival products more visibility in its "buy box," which spurs the majority of the site's purchases, the Financial Times said. And consumers will reportedly see an additional featured offer in cases where the speed of their delivery is not as important. 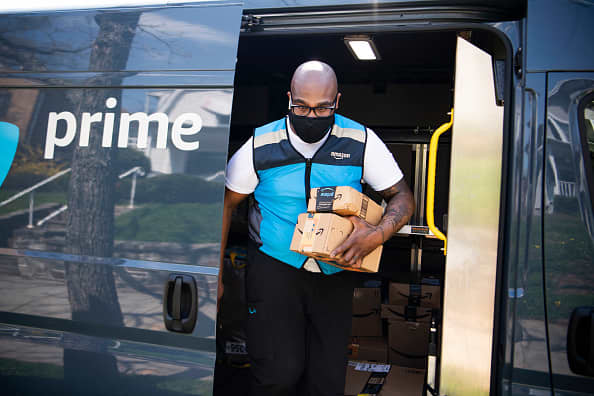 Sellers who use Amazon's Prime membership won't be locked into Amazon's logistics services, according to the report, and can negotiate terms with different services directly.

The deal is expected to be announced on Dec. 20, the U.K. newspaper said, noting the date could be changed.

The European Commission told CNBC the investigations are ongoing.

The deal would be a significant victory for the European Union, and it shows how major tech companies will have to comply with the new Digital Markets Act that was adopted in September. The DMA is a sweeping set of rules aimed at curbing the market power of firms with a tight grip on the internet economy. A key aim of the reforms is to prevent tech giants from abusing their market position and harming smaller rivals.

"While we have serious concerns about the Digital Markets Act unfairly targeting Amazon and a few other U.S. companies, and disagree with several conclusions the European Commission made, we have engaged constructively with the Commission to address their concerns," an Amazon representative said in a statement to CNBC.

The consequences for breaking the DMA's rules can be severe. Companies can face potential fines of up to 10% of their global revenues, and for repeat offenders, this will increase to 20%.

Read more from the Financial Times.