Fair Share of Disappointments Ahead as Earnings Season Kicks Off 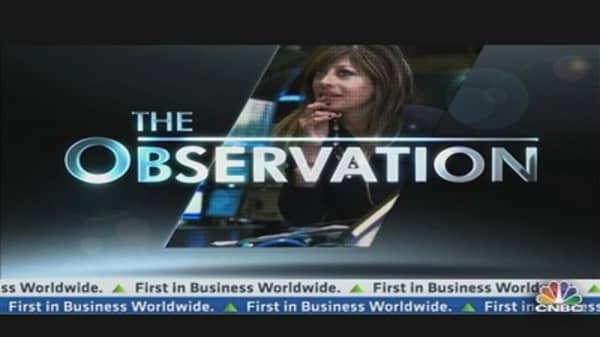 It's being called the new normal. And at this point we are all used to it — an anemic growth story for the U.S. and global economy. And while the fourth quarter is typically an earnings grower due to holiday spending spurring money movement, the buzz I am hearing is modest at best for the fourth-quarter earnings season.

Don't be surprised to see your fair share of disappointments.

Before I get to the mixed to tough news, I must point out that the underlying longer-term fundamentals of the U.S. economy are pretty good — housing has likely bottomed, cash is king (to the tune of $3.6 trillion of money sitting on the balance sheets of the S&P 500 companies).

The free money also keeps on flowing, thanks to the unending stimulus provided by Ben Bernanke and Mario Draghi, along with other global central bankers with their low rate, open-ended stimulus policies. Not to mention, the U.S., and particularly U.S. equities, are just about the best game in town, with sharper slowdowns in Europe and the emerging markets in a low rate world. No wonder new money from pension funds and 401(k)s found a home in U.S. stocks to kick off 2013.

Unfortunately the story doesn't stop there. In fact, many CEOs and managers of businesses today are still in lock-down mode, unwilling to put too much new money to work in the form of new hires and investments, and are instead focused on cutting out the fat. That means keeping compensation and spending in check, as they are still unsure of end market demand.

The fact is, we have seen structural changes to this economy, which are hitting some sectors more than others. For many companies, the near-term fundamentals remain fragile and are perhaps more fragile than we have seen in decades ... virtually every CEO I speak with tells me the same thing. The uncertainty is still there. We are about to see a big fight in Washington over raising the debt ceiling, there are new questions about taxes going even higher, the regulatory environment is more onerous than it has been in decades, and the U.S. economy now faces a reversal of what we saw over the last several decades of globalization. 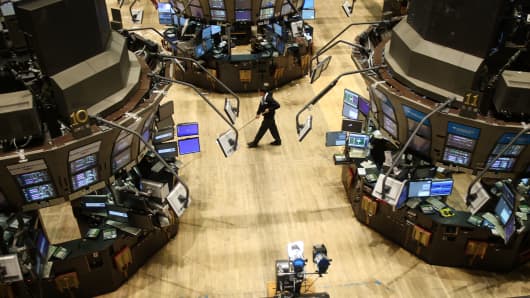 Today, many economies are looking inward rather than embracing globalization. The cost of the regulatory environment is critical. From new expenses around Obamacare and the Affordable Care Act, to the Dodd-Frank Act, to the uncertainty over Washington's dysfunction and a new fight to cut spending brewing around the debt ceiling next month, very few companies will want to stick their necks out and provide real robust guidance.

All of these issues have a tendency to keep consumers and businesses in stand-still mode. The tragedy of super storm Sandy will likely come up as will a persistent slowdown in Europe and the emerging markets, along with the freeze created over the 2012 "fiscal cliff."

So what can we expect?

Of course, Alcoa kicks things off with its fourth quarter release — and then we are off to the races with earnings for the fourth quarter out for the next four weeks.

At the end of 2012, S&P Capital IQ had an expectation of earnings growth for the fourth quarter of some 16.5 percent ... pretty good right? Well, that was two months ago. Today, that expectation is down to growth of just 3.3 percent, largely because individuals and businesses are hoarding cash. It doesn't matter much if companies have trillions in cash on the sidelines if they don't do anything with it. This is partly due to the stand-still Washington left business in for the entire fourth quarter, as we all guessed what tax rates and regulation would look like.

S&P Capital IQ said seven of the 10 sectors of the S&P 500 index are seen showing improvements in earnings. They include consumer discretionary, up 11.7 percent; telecommunications services, up 10.3 percent; and financials, up 10.2 percent. Health care, industrials, and IT are expected to show year-over-year declines.

The revenue story unfortunately is even worse: Revenue is expected to be flat and, of course, with flat revenue, oftentimes comes weak or flat guidance for the next few quarters. The debt ceiling debate does nothing to help clarity, which is why i would not expect too much from the fourth quarter.

Perhaps the only good part of this story is that even with the early-year market rally, valuations are still seen attractive and the U.S. remains the best house on a bad block. A word of caution when investing — be selective, because this fourth quarter is hardly a shoo-in.