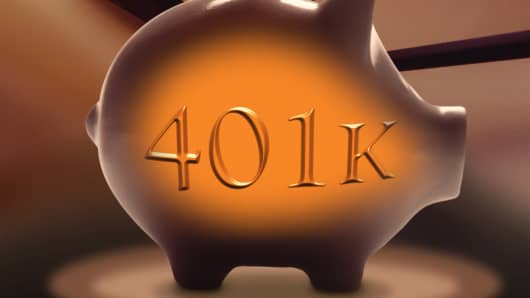 If you're perfectly capable of running your own retirement savings, selecting the right mix of low-cost investments, rebalancing at the right time and not buying and selling out of fear or greed, then good for you.

But the majority of people — maybe the vast majority — are not like that. They may be smart enough to do the right thing, in theory, but they forget or slip up or are taken in by well-meaning friends bearing stock tips or annuity-peddling scoundrels who make nice to them over free steak dinners.

For people with more than $500,000 or so to invest, finding first-class help is hard but not impossible. If you have more than $1 million, you'll have your choice of many of the best financial advisers in town. But until recently, it was tough for people with a few hundred thousand dollars or less to find reasonably priced assistance, especially if they were insistent on putting money in the kind of low-cost investments that would not pay a commission or other fee to the person helping them.

On Friday, the latest entrant in an increasingly crowded field of services trying to serve this customer is introducing its offering, which is called Rebalance IRA. As the name suggests, it exists only to help you with your Individual Retirement Account, perhaps one that you'll fill with money that's been sitting around in several 401(k) or similar accounts at previous employers.

Rebalance IRA representatives will talk with you about your goals, invest your money in a low-cost collection of index fundlike exchange-traded funds that don't try to make big bets on individual stocks, and rebalance the investments when necessary. In exchange, you agree to hand over one half of 1 percent of your assets each year, with a minimum annual fee of $500.

The company's single-minded focus on retirement savings is somewhat narrow, but it makes sense given how much money is at stake and how badly many people mess things up when they do it on their own.

There is more money in I.R.A.'s than in any other type of retirement vehicle, according to estimates from the Investment Company Institute. I.R.A. balances totaled $5.3 trillion at the end of the third quarter of 2012. That's more than the $5 trillion in 401(k), 403(b) and other similar plans; the $4.8 trillion in government retirement plans; and the $2.6 trillion in traditional pensions.

According to the Department of Labor, the professionals who run pension plans earned an 8.3 percent annual return from 1991 to 2010. People fending for themselves in 401(k) and similar plans earned 7.2 percent. Nationwide I.R.A. performance figures are more scarce, though one 2006 study by the Center for Retirement Research put the figure for 1998 to 2003 at 3.8 percent annually, roughly 2 to 3 percentage points worse than pension fund managers and 401(k) investors did during that same period.

These numbers are a bit squishy, given that pensions often make bets in markets that 401(k) investors can't access and the high fees that many 401(k) participants pay that pension managers don't. Still, there are about a thousand reasons plenty of do-it-yourselfers (who, after all, did not volunteer to manage their retirement money) would be likely to get worse returns than, say, pension managers.

To start with, large numbers of people make extreme bets. At Vanguard, 10 percent of retirement plan participants invested only in stocks in 2011, while 8 percent had no stocks at all. At least this is better than 2004, when 35 percent of its customers were that far out of balance. Then, there are the emotional challenges. To stick with the mix of investments you've selected, you need to sell things that have done well and buy investments that have lagged recently. That's hard to do.

Then there's the grab bag of other feelings. The bad experience with a broker you may have had in the past. The spouse who may scold you for doing the wrong thing. The fear that may have caused you to bail out in early 2009 or the greed that has you pouring money into stocks today, now that they're looking up again. This can be intensely hazardous to your long-term financial health.

All of this should be self-evident, but because we're playing on the field of emotions, it isn't. Still, it wasn't immediately obvious to Mitch Tuchman, the man behind Rebalance IRA, who started a service for do-it-yourself index investors called MarketRiders in 2008.

A former software entrepreneur, Mr. Tuchman had a midlife conversion to passive investing and not trying to beat the market, and he wanted to help others invest in the same way. "We thought we could build such great software that we could turn everyone into a do-it-yourselfer," he said. "And people said they didn't have time or they didn't care to do it themselves."

MarketRiders charges subscribers $150 a year for instructions on how to adjust their portfolios and when, and it will continue to exist. But Mr. Tuchman, who had also started managing millions of dollars on the side for friends and family who simply could not be bothered to do it themselves, eventually realized that his sideline was where the real mass-market opportunity lay.

So why would you let this guy handle your money? It's a perfectly reasonable question, and plenty of start-ups in the money management space don't do a particularly good job of answering it.

"It's surprising to me how many entrepreneurs go on and on about the lack of trust in big financial institutions," said Grant Easterbrook, a senior research associate at Corporate Insight who published a guide this week to money management start-ups. "But they're not putting forward the people behind the product who actually make the investment decision. Who am I trusting if the euro breaks up or we mint a trillion-dollar coin?"

Mr. Tuchman has anticipated this concern and he and his co-founder, Scott Puritz, rounded up an investment advisory board that includes Burton G. Malkiel, the emeritus Princeton economics professor who wrote "A Random Walk Down Wall Street" among other books; Charles D. Ellis, author of "Winning the Loser's Game" and a former Vanguard board member; and Jay Vivian, who once ran I.B.M.'s retirement plans.

The group has created a collection of investment portfolios, most of which have a slight tilt toward small stocks, which tend to outperform the overall stock market over time. Many of the portfolios are also currently spiced up with indexed investments in high-dividend stocks and emerging market bonds.

Besides the annual fee based on assets, there's a $250 fee to get started, and you must move your I.R.A. accounts to Schwab or Fidelity if they're not already there.

Mr. Malkiel, who describes himself as the informal investment adviser to Princeton widows, will not be talking to you on the phone, alas. That task falls to Rebalance IRA staff. Mr. Tuchman is looking to hire a few more, including emotionally intelligent M.B.A. types with some finance in their background who may have been home with children the last few years and want to get back into the work force. Customers will be able to speak with them via videoconference and talk to the same person each time.

Neither these workers nor Rebalance IRA earns any fees from the companies that provide the investments. All of Rebalance IRA's revenue will come from its customers, and as a registered investment adviser, Rebalance IRA is legally bound to act in those customers' best interest.

There are other, cheaper ways to find someone to put your money in a portfolio like those at Rebalance IRA and run the money for you (though Mr. Tuchman insists that his service will offer more human contact).

A company called Wealthfront, which has also put Mr. Malkiel to work, will do something similar for about 0.25 percent annually.

Investors at Betterment, which slashed its prices last year, now pay about 0.3 percent on average, and the company has taken in nearly $100 million since it cut its fees. People with more than $100,000 invested there pay only 0.15 percent annually and can get advice from the founder himself, Jon Stein.

Still, he said that not many people had sought him out and even then it was usually just to make sure they were on track with their goals.

"Most situations are well-handled by software," he said. "In the long term, that's going to be the way most people get their advice. We're replacing the investment adviser with software."

(Read More: Hunting for Yield? One Place You May Not Have Looked)

That's a pretty bold statement, and the big online brokers don't necessarily see it that way. "Most people don't sign off $50,000 of savings without talking to somebody, looking someone in the eye," said Lule Demmissie, managing director of investment products and retirement for TD Ameritrade, who oversees its Amerivest line of managed portfolios. "We've found that it's a necessary part of the process."

Mr. Tuchman agrees. But he's betting that his portfolios and service can be as good as what TD Ameritrade, Schwab, Vanguard, and Fidelity offer, without charging quite so much for it.

Even if he fails, someone else is going to seize on the formula and succeed with it. Good investment advice costs too much, and not enough people with under $1 million to invest end up with decent guidance. My bet is that the online brokers' prices will look a lot more like Mr. Tuchman's or Mr. Stein's before long.