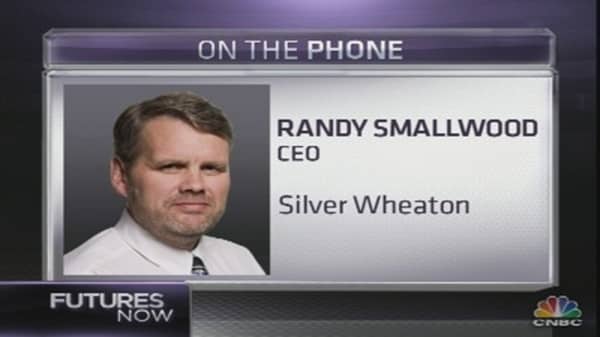 So long as central banks around the world continue efforts to stimulate their economies by quantitative easing, the price of gold and silver will likely push higher, Silver Wheaton CEO Randy Smallwood said Thursday on CNBC.

In the United States, the Federal Reserve's one power is to create money out of thin air and it's currently using that power. In September, it launched a third round of quantitative easing, in which it will buy $40 billion of mortgage-backed securities per month to try to foster a burgeoning recovery in the real estate market. Its purchases will be open-ended, meaning that they will continue until the Fed is satisfied that economic conditions — primarily in unemployment — improve. To pay for its bond-buying program, the Fed is just printing more money.

On Tuesday, the Bank of Japan announced its most determined effort yet to end years of economic stagnation, saying it would switch to an open-ended commitment to buying assets next year and doubling its inflation target to 2 percent.

Critics argue these programs will further devalue the U.S. dollar and Japanese yen and ultimately create inflation, which is why many investors have bought gold as a hedge against this possibility. It seems Smallwood holds a similar view, at least insofar that he thinks these monetary policies will likely send gold and silver prices higher.

"We see our currencies of the world are racing to devalue each other faster so that they can compete against each other," Smallwood said on CNBC's "Futures Now," adding that another round of such stimulus will only send gold and silver prices higher. "We're confident in precious metals as becoming a story of value. It's a hard asset that can't be printed, can't be reproduced [and] it's still pretty tough to find this stuff." 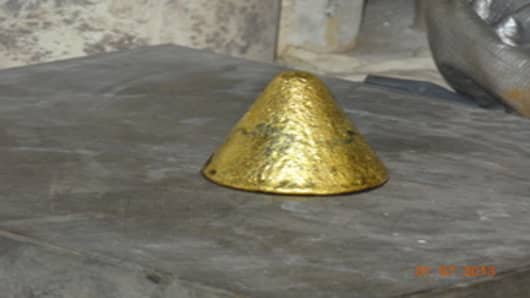 Smallwood told CNBC's Jackie DeAngelis that his company is looking to better position itself in the gold space. On Tuesday, the Vancouver-based company announced it signed a $1.9 billion deal with Brazil's Vale SA to acquire a share of the gold produced at some of the company's mines in Brazil and Canada. Silver Wheaton will pay $1.33 billion for 25 percent of gold produced at the Salobo mine in Brazil over its mine life, and $570 million for 70 percent of gold produced over a 20-year period at some of Vale's mines in Sudbury, Ontario.

(Poll: Are You Buying Gold?)

Although he declined to give specific levels, Smallwood said he's bullish on precious metals in general for the long run.

From the New York Mercantile Exchange, professional trader Anthony Grisanti said he's also bullish on gold and silver on the belief that current monetary policies will likely push prices higher. He plans to trade silver futures by buying the March contract at $31.30 with a price target at $32.20 and a stop at $30.75.

In Chicago, pro trader Jim Iuorio said he agreed that silver prices are likely to go higher in the long run, but he thinks the technicals indicate it could soon breakout to the downside. He recommends staying away from silver for the time being.

— Reuters contributed to this report