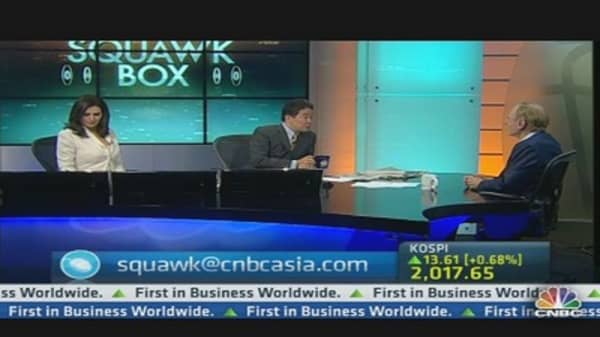 Apple is facing a lull in innovation and is need of another era of "creative leap" seen in the past decade when it introduced hugely successful gadgets like the iPhone and iPad, said ex-CEO John Sculley.

"We're in a period now where there's kind of a lull in innovation so I wouldn't expect to see a creative leap from Apple for maybe a few years," Sculley, who was at the helm of the company from 1983-1993, told CNBC Asia's "Squawk Box" on Thursday.

"Now is the fast follower evolution decade – it's a time where we're not at a big breakthrough point in time, but where fast followers excel – so Samsung, an excellent fast follower is doing really well," he added.

In order to remain competitive in the fast follower evolution decade, he said Apple needs to step up its focus on emerging markets such as China, India and Southeast Asia where it lags far behind rivals in smartphone sales.

In India, for example, Apple has around a five percent market share, compared to 40 percent for Samsung - which has gained an edge over the California-based company due its vast product offerings in a wide price range.

For Apple, this may mean manufacturing lower-cost smartphones to appeal to emerging market consumers, according to Sculley who is now a venture capitalist.

"In Indonesia, you can buy smartphones for around $120, Apple sells a smartphone for $800," he said.

Discussing the 30 percent-plus decline in Apple's share price over the past six months, driven by concerns over the company's product pipeline, supply chain and rising competition, Sculley said investors are "overacting".

(Read More: Apple Should Not Be Trading at This Multiple: Cramer )

Asked whether he thought the death of founder Steve Jobs has dampened Apple's future potential to innovate, he said: "Apple has an outstanding management team – (CEO) Tim Cook is a great leader. [But] Tim Cook is not a product person, he's a supply chain expert- probably the best in the world - but he has a great product person by his side and that's Johnny Ives. I think the leadership team at apple is impressive."

Over the longer-run, he added, "I wouldn't worry about Apple; Apple is going to do just fine."