Both the Nikkei and Australia's benchmark hit levels not seen since 2008, South Korea's Kospi dipped on profit taking and the Shanghai Composite fell after data over the weekend showed inflation in China hit a 10-month high in February.

Friday's non-farm payrolls report showed 236,000 jobs were added to the U.S. economy in February, above estimates of 160,000, underpinning strong gains in Japan and Australia. The upbeat figures overshadowed looming concerns over $85 billion worth of budget cuts, analysts said.

Jason Hughes, chief markets strategist at IG Markets, said in a note that the jobs data "pointed to the effectiveness of quantitative easing and raised hopes the U.S. economy had now gained enough momentum to weather the storm of government spending cuts and higher taxes."

(Read More: US Economy May Be Sending 'Wrong Signal': Goldman)

Fresh Highs for the Nikkei 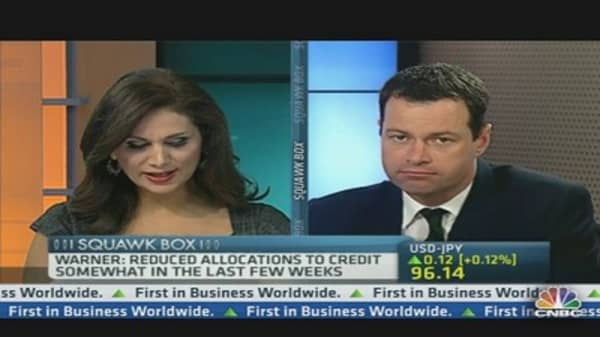 In Japan, a weak yen helped drive the Nikkei higher. The currency pushed beyond the 96-level, just 0.3 points away from Friday's three-and-half-year low against the dollar. A weaker yen has been the principal factor behind the Nikkei's stellar gains, lifting the benchmark almost 20 percent since the start of 2013.

The Nikkei is Asia's best performing stock market so far this year, followed by equity markets in the Philippines and Vietnam.

"We are of the view that the yen will not only weaken to a 100 at some point but looking further out, our longer-term forecast for a decline is 110 to 115 by the end of 2015," John Horner, currency strategist at Deutsche Bank, said on CNBC's "Asia Squawk Box."

(Read More: Is the Yen Going Into a Free-Fall? )

The depreciating currency serves as a boon to exporter stocks, particularly manufacturers as it increases their repatriated earnings. Analysts say that in Prime Minister Shinzo Abe's ideal scenario, these sustained profits would translate into wage growth, which will then boost consumption and help end two decades of deflation.

Australian stocks reversed earlier losses to cross the key 5,135-mark, hitting its highest level since September 2008 led by a surge in gold miners. 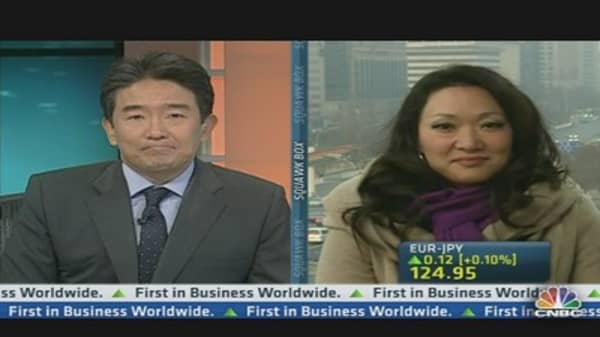 China's raft of economic data over the weekend was the primary catalyst for a fall in Shanghai stocks. The two main takeaways for investors from the data deluge was strong property demand and a slowdown in growth for new loans.

Real estate sales surged 77 percent in January and February from last year's levels, resulting in a rally across property shares. Lvjing Real Estate led the gains with a 2 percent rally. Beijing unveiled fresh measures to contain house prices at the start of the month, dealing a blow to Chinese shares last week.

Meanwhile, liquidity fears continue to surface after new loans in February came in lower from a month earlier. This caused weakness in the banking sector with Minsheng Bank losing 3.2 percent and Pudong Development Bank dropping 2 percent. Investors are worried the slow credit growth is a direct result of the Chinese central bank draining liquidity from markets over the past month.

"Chinese regulators have been using the repo (repurchase agreements) as a means of managing liquidity in the systems instead of changing the interest rate or the triple-R (reserve requirement ratio). We think this will continue until the government has a clear view of where the economy is going," said Jiong Shao, chief China strategist at Macquarie.

In Seoul, currency factors were key. The South Korean won briefly touched a fresh four-month low against the U.S dollar, but the move failed to cheer exporters because the yen is depreciating at a faster pace against the dollar than the won, giving Japanese rivals a competitive edge in export markets.

Both Kia Motors and Hyundai Motor slumped over 2 percent each.

The benchmark Kospi has struggled to stay above the 2,000-mark for the past two sessions as the index retreats further away from January's nine-month high around of 2,042 points.