Was Ackman's Big Idea for JC Penney Too Big to Succeed? 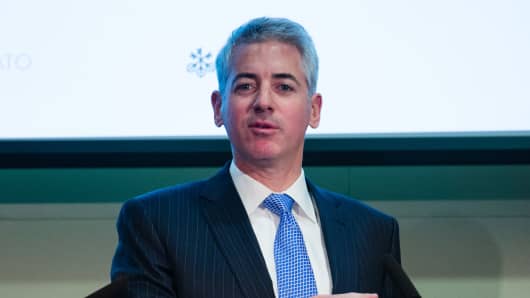 There's an old saying in the retail business: Success results from a good plan well executed.

In light of the failure of Bill Ackman's efforts to revitalize JC Penney under the leadership of Ron Johnson, you can expect to hear a lot of discussion about whether it was the plan or the execution that failed.

The plan certainly was audacious. The standard recipe for retail success is to grow customer loyalty. Transforming occasional shoppers into loyal advocates for a brand has been the key to the success of many retail leaders. Loyal shoppers spend more, will shop at their preferred stores even when rivals offer competitive products, and recommend the stores they like to their friends and family.

A 2008 study by IBM Global Business Services describes these loyal customers as "Advocates." The key to turning apathetic customers into Advocates, the study found, was "placing the needs and wants of their customers at the center of all core business strategies." Nordstrom and Kohl's stood out in the IBM survey as winning customer loyalty by focusing on customer service and customer loyalty.

The plan for JC Penney was nearly the opposite of this approach. Mike Ullman, the chief executive who had led the company since 2004, was pushed aside, in part because of Ackman's activism. Johnson, whose experience building Apple's retail business had made him one of the most coveted executives in the country, was brought in.

Clearly, the coupon-clipping JC Penney customer did not appreciate this lesson.

Or perhaps it was the execution of the idea. Johnson—apparently with Ackman's support—pushed the board to adopt the transformation plan quickly, abandoning decades of past experience with very little testing. The customers also had very little time to learn the lesson Johnson was trying to teach, and the sales force did not have a lot of time to adjust to the new regime.

Sales tanked. Same-store sales fell 19 percent in the company's first quarter last year. The decline grew even worse as the year stretched on. In the crucial fourth quarter, when holiday sales typically drive retailers into profitability, sales declined 32 percent. For the year, sales were down 25 percent.

Ackman blames execution. At an investment conference in Boston last week, the activist investor said that the company had undertaken "too much change too quickly without adequate testing." The execution of the plan "has been something very close to a disaster," Ackman said.

Of course, as one of the most public advocates of the plan to transform JC Penney, Ackman would want to blame the execution. He needs investors in his funds to continue to believe that his plans work. Ackman is, after all, in the process of building an investment fund with permanent capital that would be publicly traded. He doesn't want his big investors to lose faith in his ideas.

Ackman is, to all accounts, an Idea Guy. He thrives on coming up with brilliant, new ideas about public companies and then attempting to see them realized through activism. This is what he did, for example, when he went after Target with a giant list of Big Ideas to increase the value of the company.

One of the problems with being a Big Idea Guy is that you sometimes overlook how messy the execution is likely to be.

That, perhaps, is the real lesson of JC Penney. If you have a Big Idea that is so difficult to execute that even someone as brilliant as Ron Johnson can't make it work, maybe it wasn't such a useful idea after all.