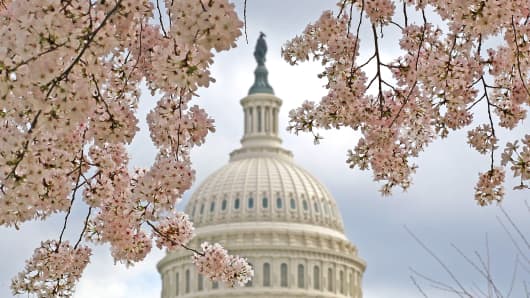 While almost no one was looking, a law making it easier for congressional and top executive branch staffers to engage in corrupt trading was signed into law Monday.

The law is a modification of the Stop Trading on Congressional Knowledge (STOCK) Act. The modification was passed by unanimous consent by the House and the Senate last week with no debate or even discussion.

The STOCK Act, which became law just a year ago, was designed to discourage insider trading by members of Congress and top government officials. In addition to outlawing trading based on non-public information gleaned by government officials during the course of their public duties, the law required extensive disclosure of financial holdings by Congressional staffers and 28,000 senior executive branch employees.

The financial disclosures of these officials were to be posted in an online database open to the public.

The disclosure requirements were an important part of the law. They would have allowed researchers to detect abnormally successful trading activity by unelected senior government staffers—just as similar disclosure requirements for Congressmen and Senators had allowed scholars to produce evidence that suggested members of Congress were benefiting from non-public information.

Currently, although the reports of staff financial positions are officially part of the public record, they aren't readily available. Often they have to be requested from individual agencies using the names of the individuals about whom information is sought. The result is that the public is effectively blocked from learning the information disclosed in the reports.

The public disclosure requirement was arguably too lax to begin with. There's good reason to prohibit trading by senior government officials altogether. Many lawyers, journalists and Wall Streeters who come into possession of sensitive, confidential information as part of their professional lives are barred from any short term trading. Some are barred from owning individual securities at all, allowed to own nothing but index and mutual funds.

The provision of the Stock Act was a compromise in which government officials were required to disclose trades to the public in exchange for being able to trade in the first place. If disclosure proved too burdensome, government officials could simply adopt personal no-trading policies and avoid the cost of disclosing trades altogether.

The new law scraps the disclosure requirements for the staffers, leaving them in place only for members of Congress, Congressional candidates, and the President and Vice President.

People who lament our bitterly divided political situation might want to reflect what bipartisanship and inter-branch government agreement has been able to so quickly accomplish here.