529 Rebels: Alternative Ways to Save for College

Think of college savings, and most investors think automatically of a 529 plan.

It is no wonder that they do: Such tax-advantaged plans now house $168.5 billion of our hard-won savings, as of the end of 2012. That is up almost 17 percent in just one year, according to Boston-based research firm FRC, securing the 529's status as the pre-eminent college savings vehicle in the nation.

Part of their appeal is due to state tax breaks, and the fact that those funds subsequently grow tax-free. These accounts also have a smaller impact on a college's financial aid formula than other kinds of investments.

But not everyone is sold on the idea that 529s are the only way to go.

Just ask Sarah Djarnie-Brown. The Brooklyn designer is mom to three-year-old Landon, and within months of his birth, started putting away cash for his future educational needs.

The 39-year-old had misgivings about locking up money in an account with such specific restrictions. Take it out for anything other than qualified educational purposes, and you are hit not only with a tax bill on earnings, but a 10 percent penalty for good measure.

"If I'm putting all this money in, I want my son to have choices," says Djarnie-Brown. "Maybe he will get a scholarship, and won't need that money. Maybe he will decide that college is not for him, and will want to use it for a down payment on a house instead." 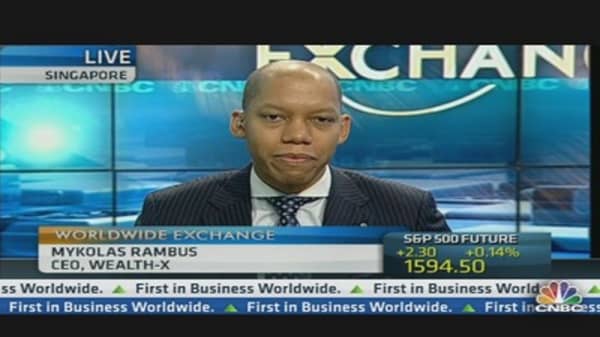 She is still saving for Landon's future college bills with a growth-and-income mutual fund in her son's name, into which she chips a few hundred dollars every quarter.

To be sure, 529s offer some distinct advantages, such as the state tax breaks that can be potentially enormous. Illinois, for instance, offers up to a $20,000 annual state tax deduction for joint filers, as does Oklahoma. Some states, such as South Carolina and New Mexico, even allow you to deduct the full amount.

Other states offer limited or no such tax breaks, and those that do, almost always extend them to in-state residents only.

And then there are costs. Although expense ratios - the managerial fees that providers skim off - of the funds in 529 plans have dropped in the last three years, they are on average between 0.14-0.35 percentage points higher than comparable mutual funds, according to Morningstar.

If you are looking for alternative strategies to set aside money for your child's education, here are some ideas from several fee-only financial advisers.

One big reason to bypass 529s is to find better investment choices. A recent Morningstar study found that all of the age-based investing options in 529s fell short of the performance of their benchmarks - sometimes by as much as 2 percent every year.

With a taxable account, you have unlimited choices. You can invest as much as you want in whatever you want, and you can change your holdings whenever you want. (You can only do that once a year in 529 plans).

That's why Margaret McDowell, an investment advisor at Arbor Wealth Management in Miramar Beach, Florida, recommends using taxable accounts to save for college

For the fixed-income side, she likes iShares Core Total US Bond Market.

Roth individual retirement accounts (IRAs) can serve a dual purpose, especially if parents are well on their way to saving for their retirement.

Parents are allowed to make withdrawals on their contributions (not earnings) from Roth IRA accounts prior to age 59 ½ without incurring a 10 percent penalty as long as the money is used for higher education expenses. (In 2013, you can contribute $5,500 to a Roth IRA if you are under age 50, or $6,500 if over age 50.)

Bert Whitehead, a tax attorney and financial adviser at Cambridge Connection in Franklin, Michigan, is helping to put seven grandchildren through college using Roth IRAs. He suggests that parents pay $5,000 per year to a child up to age 17 to do domestic chores and put that money in a Roth IRA.

Parents don't have to pay income tax on that amount, and the money will accumulate tax free just like it would in a 529 plan. The difference is, if the child doesn't go to college, the money can stay in the Roth and can be used for a down payment on a house, disability or retirement.

Among bonds, munis make the most sense for several reasons. Parents can take money out of their muni bond investments if they need money for other purposes (such as an illness). You can't do that with money locked up in a 529 plan, Richelson says.

Parents can avoid the so-called kiddie tax because munis are tax-free investments, and the account is held in the parent's name. If a child under age 18 has more than $1,900 in investment income, part of that income may be taxed at the parent's income tax rate, according to IRS rules.

Sure, muni yields are lower than this year's strong gains in the stock market. However, Richelson notes that munis are less risky than stocks over the long term, and the tax-equivalent return of munis can range from five percent to six percent depending on your tax bracket.

For example, if you're in a 30 percent tax bracket, a 3.5 percent muni yield would give you a tax-equivalent return of five percent.

Richelson recommends buying the highest-rated muni bonds with principal coming due exactly in each year when needed to pay for college. So if your child is three years old and you invest $5,000 a year for 15 years in individual muni bonds and earn a compounded interest of four percent, he calculates that you'd accumulate about $100,000 for college.

Says Richelson: "We like to buy bonds coming due between 15-23 years in maturity - that's the sweet spot now."