OPEC (the Organization of the Petroleum Exporting Countries) joined a chorus of analysts who have been warning for several months that the era of high prices for commodities is ending.

The group cited a slowdown in emerging economies, in particular China, coupled with decelerating foreign investment in those markets, as an explanation. 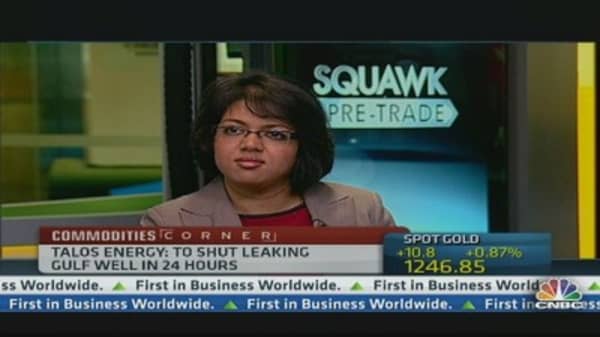 "It seems that emerging economies will continue to grow at lower rates than in the past years. China is currently forecast to grow by 7.7 percent this year and next year, considerably lower than its average growth over the past decade," OPEC said. "This should lead to somewhat lower relative demand changes in the future, and while a decline of commodity prices seems unlikely in general, it also points to slower expected price rises in the future."

In addition, healthy inventories for the major commodities will also provide downward pressure on prices, OPEC said. In this month's oil market report, it downgraded its forecast for world oil demand growth to 800,000 barrels per day (bpd), a cut of 12,000 bpd.

Agricultural commodities could however prove an exception to the OPEC's bearish outlook. "While in general, commodity prices should be expected to trade at range-bound levels in the coming months, an exception might be the agricultural sector, where, so far, the lack of weather extremes could lead to a continued decline in prices amid ample supply," OPEC said.