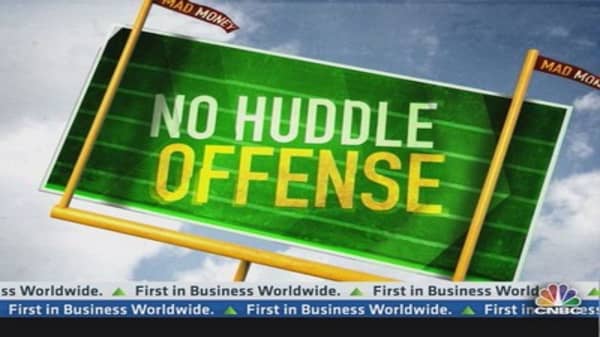 No bell ever goes off at the bottom. But if did, Cramer thinks you'd be hearing some clanging on Wall Street about now.

Largely, the Mad Money host believes that the market's fear of China is starting to abate and that small development that could have big implications.

"I ask you, what number gets China off the radar screen? What number do we say, okay, enough already," mused Cramer. "I think we may have gotten it last night."

That is, last night in the US (which is Monday morning overseas) China released new data which showed second quarter growth came in at 7.5 percent meeting expectations.

"It was actually in line. That's right it didn't disappoint for a change," Cramer said.

And even though growth was down from 7.7 percent in the previous quarter, "it didn't take the market down. It didn't cause people to talk wildly about the collapse of China," Cramer said. 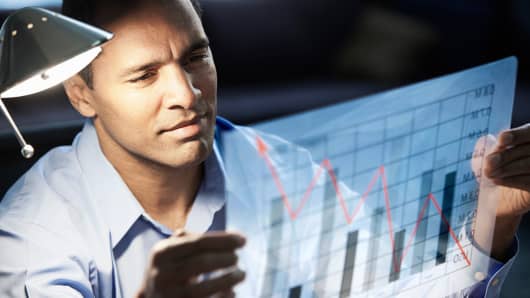 That's a big deal. Cramer thinks it could mark the very beginning of a turn, especially because some forecasts were far more negative.

And that kind of relative improvement – that is a data point that's not worse than expected – feels very similar to Cramer as to what happened in Europe at the bottom.

"Our markets used to go down on European news pretty much regularly during 2011 and 2012. There were whole periods where every number was worse than the previous number and we freaked out each time," Cramer reminded.

"But then the day came when we got some data that wasn't worse. It wasn't so hot but it wasn't worse. That incremental improvement eventually brought stabilization to the Europe bourses and then to the rest of the world.," Cramer said.

That's not to say Cramer thinks the market is off to the races – he doesn't. It's simply that he thinks that sentiment may be starting to change – and if you're a bull, that shift is for the better.

"You still have to keep an eye on China," Cramer added, "but as you do keep in mind how Europe journeyed from the bottom. As far as I can tell, it's beginning to repeat itself in China right now. And like Europe, it's happening when most pros least expect it. "