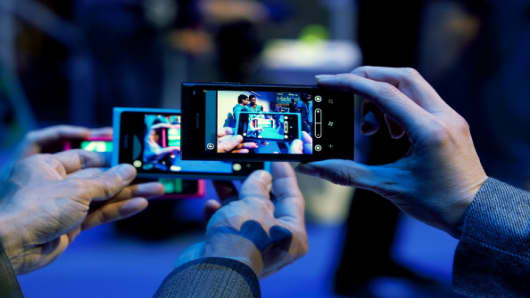 Apple's CEO Tim Cook might vehemently disagree that the smartphone market has reached saturation point, but new research from Citi into future mobile trends delivers a depressing view of smartphone uptake in developed and emerging markets.

Citi argues that penetration for smartphones is between 75-85 percent in developed markets, meaning a saturation point could be reached as early as 2014.

"Device exhaustion suggests that demand growth for high-end smartphones is noticeably decelerating as global saturation is achieved and hardware innovation is increasingly elusive," a team of researchers led by Glen Yeung said in a research note published on Thursday.

"Today, this is already evident in developed markets, but it stands to reason that developing markets will follow suit."

Citi's bearish tone is in stark contrast with the CEO of Apple. Following the company's second-quarter earnings on Wednesday, Cook told analysts on a conference call: "I don't subscribe to the common view that the higher-end, if you will, of the smartphone market is at its peak."

Citi said emerging markets represent a better opportunity for smartphone makers, with only a 30 percent uptake currently, but stressed that historical precedents in other hardware suggest average selling prices will need to fall, thus affecting margins.

Mykola Golovko, consumer electronics industry analyst at Euromonitor International, told CNBC the new purchase rates of smartphones in 2012-2013 was slowing, indicating the market could approach a point of saturation within a few years.

"Most of the people who want a smartphone but don't yet have one are looking for the lowest possible prices," he said on Wednesday. "That's why we see brands like ZTE, Huawei, Karbonn doing very well. Looking at the overall market, the decline in ASPs [average selling prices] will continue."

In addition to falling prices, technology companies often refer to innovation as a way to combat stagnation. But Citi said this may prove pointless, citing Apple's story in particular.

"While we applaud Apple for truly innovating with the introduction of the iPhone in 2007, we argue that innovation in smartphone hardware from here is increasingly difficult," Yeung's team said.

The problem lies with integration, according to Citi. Smartphone markers have – until now – successfully absorbed numerous old electronic devices into their units, including cameras, video recorders, MP3 players, and personal navigation devices.

But Citi argued that beyond mobile payments – which is difficult to implement – there is nothing left to integrate.

With this in mind, Citi downgraded its outlooks on chip maker Qualcomm and Broadcom to "neutral," to match its "dour view" on Apple, Blackberry and Nokia.

But Dan Wagner, CEO and founder at mPowa Technologies, disagreed with Citi's research, arguing that any talk of a peak in the smartphone market is premature. He sees years of growth and good margins for the high-end devices, especially in emerging markets.

"These are huge markets that are still developing. There's an enormous consumer basis in these market," he told CNBC on Thursday. 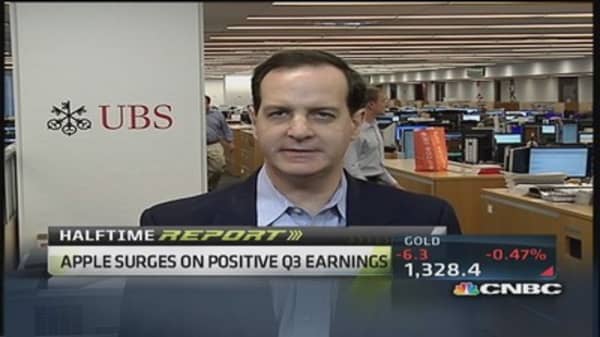 The need for smartphones is even more pressing in these regions given the lack of infrastructure and need for access to mobile data - thus bypassing personal computers, he said.

But even in developed markets, the "insatiable desire for the latest device" will drive sales for many years to come, Wagner added, and the integration of functions like a mobile wallet should not be underestimated.

Euromonitor International's Golovko said that smartphone volume sales are still growing – and that if manufacturers can position themselves to take advantage of this, they will see a positive impact on revenues.

"I think Samsung is one of those companies that is likely to maintain strong volumes, but per-unit margins will continue declining," he said. "Prospects for Apple largely depend on what we'll see coming out over the next refresh cycle."