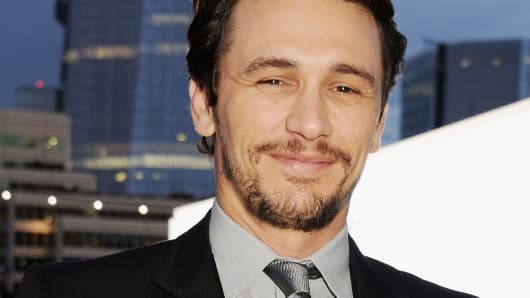 James Franco has until late Wednesday night to raise more than $200,000 to meet the half-a-million-dollar goal of his Indiegogo crowdfunding campaign.

Franco is just the latest filmmaker to jump into the crowdfunding game, following Zach Braff raising $3.1 million for a follow-up to "Garden State," and $5.7 million to make a film based on the cult TV show 'Veronica Mars."

But Franco is taking a totally different approach, one which speaks to his frustration with the traditional movie business.

Instead of raising money to make his own movie—like Braff did—Franco is raising funds to fund three films based on his book, "Palo Alto Stories." The goal is to "give very talented young filmmakers the shot they deserve at making movies," Franco said in a phone interview.

(Read more: Why is Facebook pushing its IPO price?)

"They maybe would have a very hard time getting funding if they went through traditional routes trying to knock on doors. I can already see they deserve a shot and I'm trying to give that to them."

Franco spearheaded the campaign in order to foster the next generation of filmmakers—not to turn a profit. Any proceeds from the movies will be given to a charity, The Art of Elysium.

Franco is certainly using his celebrity to draw support—if film fans donate $150, they receive a signed "Palo Alto Stories" book, personalized by Franco. A $300 donation buys a signed art print by Franco. The lower donations are more typical for crowdfunded films: In exchange for $10 supporters, get updates on the project and a PDF of the script.

The actor-director-writer says that these new digital tools are a game changer to democratize and break open the once-closed movie business. 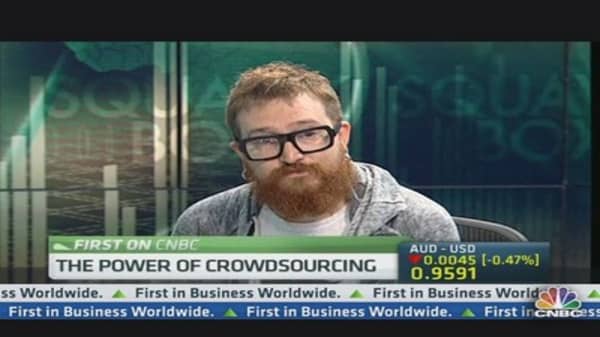 The need for these kinds of independent films is greater than ever, said Franco, as a counter to the rise of big-budget franchises, which we've seen dominate the multiplexes this summer. "Obviously those [big-budget studio movies] are great, but it's nice to have an alternative, and to ensure that there isn't a monopoly on the type of movies being made."

Celebrities leveraging their star power to draw funds from the crowd has been criticized—a New York Times column asks if Braff's appeal to fans was "ethical."

Franco has tried to distance himself from Braff's approach, telling me that he would not go to Indiegogo for a film he'd direct.

"I'm in a position where I can go out to people and find money from more traditional sources, so it was very important that I wasn't saying 'give me your money' for my project." Still, Franco defended Braff. "The critics can shut up. People aren't being forced to support him" though he personally has decided to only appeal to the crowd for more philanthropic ventures.

Now Spike Lee is the latest artist to put his for-profit film on a crowdfunding service—looking to raise $1.25 million for his next movie, "The Newest Hottest Spike Lee Joint."

Lee has raised nearly half a million dollars with three weeks to go and spoke with CNBC's "Squawk on the Street" Wednesday.

For his current project, Lee said that the problem is that studios won't finance a project of this size. "I wouldn't blame them, it's just too small."

"I think that all independent filmmakers are using all means—Web series, going directly to DVD—Netflix has become a studio," he added.