The Street's fave small firm is crushing the market 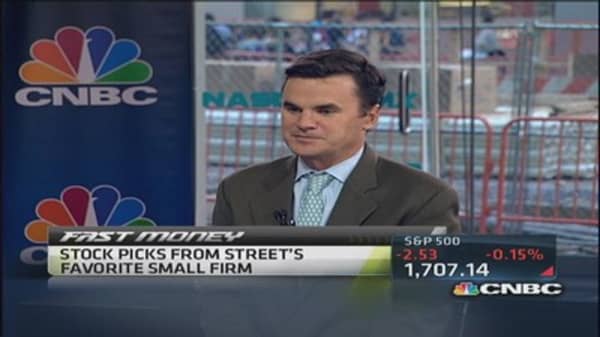 At the tiny offices of Bespoke Investment Group in Harrison, N.Y., the founders answer the phones and also provide clients with a stock portfolio that has jumped 65 percent in one-and-half years, more than double the S&P 500's gain.

Co-founders Paul Hickey, 39, and Justin Walters, 32, use a treasure trove of historical data, along with fundamental and technical analyses, to put together the "Bespoke 50," a concentrated growth portfolio that currently includes varied names such as Charter Communications, Lions Gate Entertainment, Yelp and Pandora.

"They definitely don't expect us to answer the phone," said Walters of his thousands of clients that hail from New York City, China, India, and even Trinidad and Tobago. The firm has just three employees—the founders and one analyst.

The two started the firm in 2007 after they both left Birinyi Associates, bringing with them many of the tools of the trade they learned from Laszlo Birinyi, the legendary market strategist who once ran the equities business at Salomon Brothers. "It was extremely noticeable when they left Birinyi," said Richard Rosso, a senior financial advisor at Clarity Financial.

Last week's additions to the Bespoke 50, which the firm updates and rebalances on a weekly basis, were Netflix, Ciena, Modine Manufacturing, and Twin Disc.

The firm takes the Russell 3000 Index, which contains the biggest 3000 names in the stock market, and then runs a fundamental screen based on past and future growth figures that whittles the list down to about 500 names. A second screen using a proprietary technical analysis measures momentum, as well as overbought and oversold conditions, narrows the list to about 100 to 300 names.

From there, Hickey and Walters use subjective analysis, looking at the charts specifically with an eye for the stocks they see as on the verge of a breakout.

For example, Netflix was added last week because for the past year it's shown a classic historical pattern of pulling back to its prior high and then rocketing ahead. Right now, shares of the maker of streaming software and Emmy-nominated content has pulled back to it its previous high in May and in their eyes is primed for another bump. 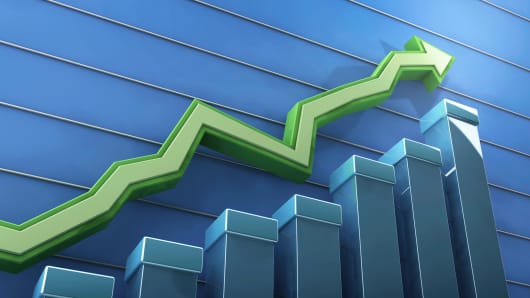 (Read more: Four stocks Wall Street is keeping to itself)

Ciena was added for a different reason. The communication equipment maker has made two nice run-ups since June on strong volume. In chart-watching circles, a move upward accompanied by strong volume signals long-term accumulation and future gains.

The two small cap industrial stocks—Modine and Twin Disc— were added when both the stocks jumped after testing their 50-day moving average.The index is just one of the many product offerings from Bespoke. The research shop started gaining a following for their historical analyses of market situations, such as asset class moves during a Federal Reserve meeting day or the historical track record of companies leading up to and after earnings.

After interviewing many subscribers, it seems the appeal of their analysis comes from its simplicity. It was hard to find one investor with a bad thing to say about Bespoke.

"Justin and Paul make the most vital stats come alive like no one else," said Josh Brown, a money manager and author of the "The Reformed Broker" blog. "A Bespoke picture truly is worth a thousand words and a lot more in dollars."

This is no small feat on Wall Street where big firms have rapidly decreased research units and many smaller boutique research firms have closed altogether. Take into account all the free information available on platforms like Twitter and it's amazing shops like Bespoke can even keep their heads above water. 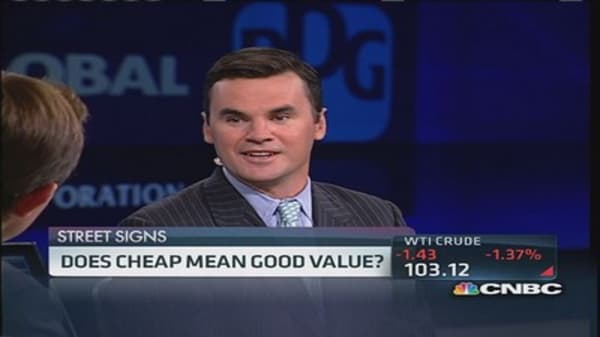 But they're doing even better than that. Hickey, who worked at Smith Barney before Birinyi's shop, said the past few months have been the best ever for the firm, with subscribers growing at a 30 percent clip. Aiding Bespoke has been a social strategy where they dangle just enough free data via Twitter (@bespokeinvest) to attract investors to behind their paywall for the real premium stuff like the Bespoke 50.

"They get a report from us and they can go through it in a couple minutes," said the co-founder, who named the firm after a British term for custom-tailored clothing. "We like to use the hard facts and not go on and on with opinionated commentary."

While the Bespoke 50 index was only created in March 2012, Walters said that they have received many offers to make it into an exchange-traded fund because of its overwhelming success.

But the two agreed that since it's rebalanced on a weekly basis and contains some illiquid small-cap stocks, it would be too difficult to manage the product.

Plus, who would answer the phones?