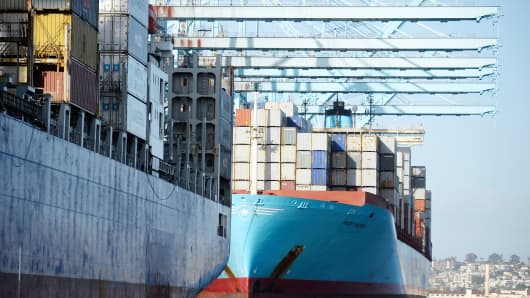 The U.S. trade deficit narrowed sharply in June to its lowest level in more than 3-1/2 years as imports reversed the prior month's spike, suggesting an upward revision to second-quarter growth.

The Commerce Department said on Tuesday the trade gap fell 22.4 percent to $34.2 billion, the smallest since October 2009. The percentage decline was the largest since February 2009.

May's shortfall on the trade balance was revised to $44.1 billion from the previously reported $45.0 billion.

Economists polled by Reuters had expected the trade deficit to narrow only to $43.5 billion in June. 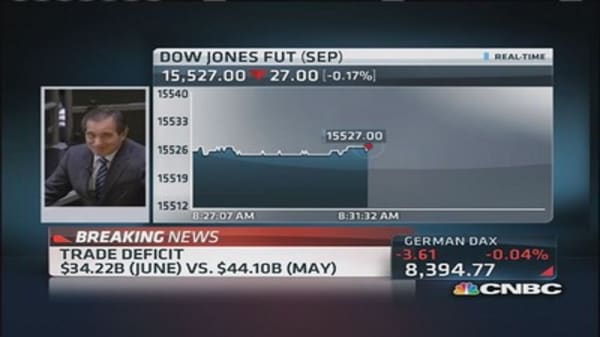 When adjusted for inflation, the trade gap narrowed to $43.2 billion, the smallest since January 2010, from $51.9 billion in May.

Trade subtracted 0.8 percentage point from second-quarter GDP growth. The economy expanded at an annual rate of 1.7 percent, stepping up from the first-quarter's 1.1 percent pace.

Belt-tightening in Washington and weaker global demand weighed on the U.S. economy in the first half of the year, but analysts expect activity to regain momentum for the rest of 2013 as the fiscal policy burden eases and growth in Europe picks up.

In June, imports of goods and services fell 2.5 percent to $225.4 billion. That reflected hefty declines in petroleum imports and industrial supplies and materials, which tumbled to levels last seen in November 2010.

Exports of goods and services increased 2.2 percent to a record $191.2 billion.

Strong export growth helped to lift the economy out of the 2007-09 recession and signs of a pickup after faltering in recent months should buoy expectations of an acceleration in GDP growth in the last six months of this year.

U.S. exports to the 27-nation European Union rose 1.5 percent in June. Exports to the EU in the first half of the year were down 5.5 percent compared to the same period in 2012.

Exports to China, which have been growing more slowly than in recent years, increased 4.5 percent in June.

China has been one of the fastest growing markets for U.S. goods, and exports to that country were up 4.2 percent for the first six months of 2013.

Imports from China fell 2.2 percent, lowering the contentious U.S. trade deficit with China to $26.6 billion from $27.9 billion in May.