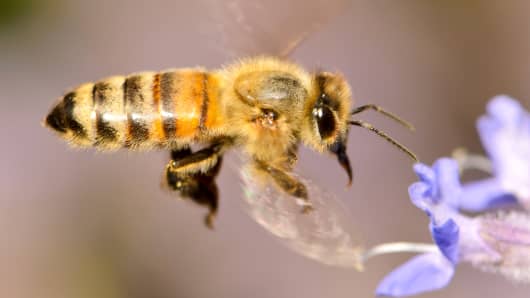 A type of pesticide that's a focal point in the controversy over endangered honeybees has turned up in garden-store plants sampled by Friends of the Earth. Other bee experts say the pilot study on neonicotinoids adds an important twist to the plight of the bees—but stress that more rigorous research needs to be done.

The study, co-authored with the Pesticide Research Institute and titled "Gardeners Beware," reported finding traces of neonicotinoid pesticides, or neonics, in seven of 13 plants purchased from garden stores in California's San Francisco Bay area; the Washington, D.C. area; and Minnesota's Twin Cities. The plants included tomatoes, squash, salvia and flowers that would be attractive to pollinators.

"Our investigation is the first to show that so called 'bee-friendly' garden plants contain pesticides that can actually poison bees, with no warning to gardeners," Lisa Archer, director of the Food and Technology Program at Friends of the Earth-US, said in a news release accompanying Wednesday's 34-page report. "Bees are essential to our food system and they are dying at alarming rates. Neonic pesticides are a key part of the problem we can start to fix right now in our own backyards."

Friends of the Earth kicked off a "BeeAction" campaign to draw attention to the pesticide issue. It said petitions bearing more than 175,000 signatures were delivered to Lowe's, Home Depot, Target and other garden retailers, asking the stores to stop selling neonicotinoids and plants pretreated with the pesticides.

Neonics are nerve-poisoning pesticides that have drawn criticism from environmentalists in the wake of several studies finding that sublethal levels of exposure could nevertheless reduce bee populations. European countries are cutting back on neonics, and in the United States, a federal lawsuit calls on the Environmental Protection Agency to restrict their use. The EPA says it's accelerating its review of neonics.

One type of neonic, dinotefuran, is under a temporary ban in Oregon after the pesticide was improperly sprayed in a Target parking lot in June, killing more than 50,000 bumblebees and other pollinators. That incident led members of Congress to introduce the "Saving America's Pollinators Act," which would suspend the use of neonics.

Wednesday's report called for passage of that legislation, and urged the EPA to require more explicit labeling and speed up its pesticide review even more. It said retailers and wholesalers should stop selling neonics and neonic-treated plants, and give a higher profile to certified, labeled organic starts and plants. It also called on consumers to insist on neonic-free plants, cut down on pesticide use, and plant untreated seeds in organic potting soil.

Responding to the report, Home Depot spokesman Stephen Holmes told NBC News, "We certainly appreciate the importance of the bee population, and we'll be reaching out to the groups behind the study to learn more." Inquiries with Lowe's and Target were not immediately answered, but any responses will be added to this item.

May Berenbaum, an entomologist at the University of Illinois at Urbana-Champaign, said the pilot study was "an eye-opener" in the debate over honeybee health and a mysterious syndrome known as colony collapse disorder. She was sympathetic to the idea that home gardeners and garden stores should take more responsibility for the plight of the bees.

"It's consciousness-raising," she told NBC News. "The farmers alone should not have to be the only ones to take the hit for providing colony resources." 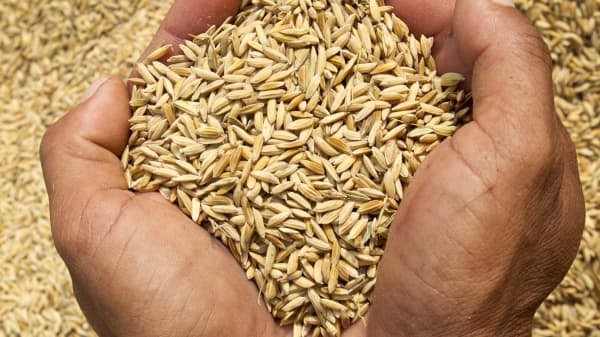 Dennis vanEngelsdorp, a bee researcher at the University of Maryland, also applauded the effort—although he declined to comment specifically on the report's conclusions.

"I do think the big take-away question is good—why are we applying pesticides (any at all) to plants that have purely ornamental / ecosystem health value?" vanEngelsdorp said in an email. "Certainly there should be a way for consumers to identify pesticide-free plant stock. Pollinator decline is a complicated problem, and so solving it will require many different actions. Ensuring pollinators have access to at least some toxin-free food is almost certainly part of the solution."

Berenbaum pointed out that the role of neonics, compared with other types of pesticides, was still a matter of scientific debate. What's more, pesticide levels in a plant's leaves, stems and flowers might not necessarily correlate with how that pesticide is picked up by pollinators.

Last month, a different team of researchers reported that other pesticides—such as a fungicide called chlorothalonil and an anti-mite chemical called fluvalinate—were more frequently found in bee pollen samples and played a bigger part in compromising bee health. Neonics were found only in pollen from honeybees that were foraging on apples.

In May, the EPA and the U.S. Department of Agriculture issued a report saying that parasitic mites, and not pesticides, appeared to be the biggest factor behind colony collapse disorder. The agencies also called for further research into the effects of neonics.

Berenbaum said the Friends of the Earth pilot study made a useful contribution to that research, but added that much more work remained to be done.

"As nice as it would be to have an immediate solution, the science isn't there yet," she said. "It's not an easy, straightforward issue. Organic is not necessarily going to be the salvation here, if people are still using pesticides. Some of the approved organic pesticides kill bees, too."

Update for 6:10 p.m. ET Aug. 14: The Center for Food Safety, one of the parties in the federal lawsuit filed against the EPA over neonics, says it collaborated with Friends of the Earth on the study released Wednesday. "It's past time for major retailers to pull these harmful products from their shelves. Well-meaning gardeners and homeowners are being misled. There is no good reason for Lowe's and Home Depot to risk the health of our bees by selling these products," Larissa Walker, policy and campaign coordinator for Center for Food Safety, said in an emailed statement.