A painful credit crunch is taking its worst toll on the already ailing housing market, while its impact on the rest of the national economy at least so far seems limited, the Federal Reserve reported Wednesday. 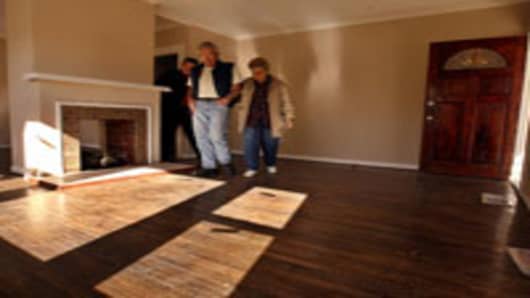 The Fed's survey of business conditions around the country was anxiously awaited by Wall Street and Main Street for further clues about what the central bank will do with interest rates on Sept. 18, its next regularly scheduled meeting. A growing number of economists believe the Fed will lower a key interest rate now at 5.25 percent by at least one-quarter percentage point to protect the economy from any ill effects of the credit crisis. The Fed hasn't lowered this rate in four years.

"Outside of real estate, reports that the turmoil in financial markets had affected economic activity during the survey period were limited," according to the Fed's report.

Credit problems -- which started out with "subprime" mortgages held by people with spotty credit histories or low incomes -- have spread to some more creditworthy borrowers. These problems intensified in August, unnerving Wall Street and investors around the globe. To stabilize the situation, the Fed has pumped tens of billions of dollars into the financial system and has sliced an interest rate its charges banks for loans.

Fed Chairman Ben Bernanke, in a speech last Friday, pledged the central bank would "act as needed" to limit any fallout on the economy from the credit crunch. He made clear, though, that the Fed's decision would be driven by what is best for the economy. The Fed would not bail out investors and lenders "from the consequences of their financial decisions," he said. 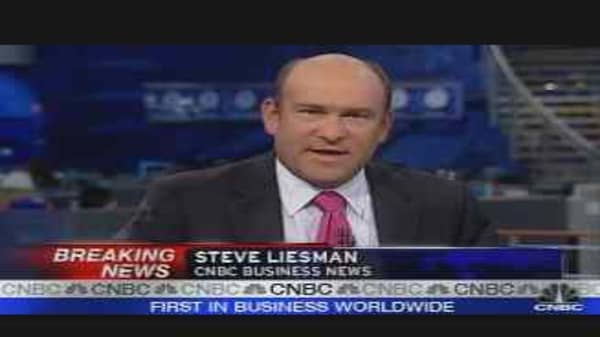 In Wednesday's survey, the Fed said most banks reported that the recent developments in financial markets had led to more restrictive lending standards for people wanting to obtain home mortgages. That "was having a noticeable effect on housing activity," the Fed said. "The reduction in credit availability added to uncertainty about when the housing market might turn around," according to the report.

Credit is the economy's life blood. It enables people to finance big-ticket purchases such as homes and cars and can help businesses bankroll expansions and other things that can boost hiring. If it becomes more difficult to obtain, people and companies might spend and invest less, slowing overall economic activity.

In the Fed's report, retail sales were "generally positive." But several Fed regions described automobile and furniture sales as slow. Similarly, manufacturing expanded across most Fed regions, although there were reports of "softening demand for building materials and autos."

The survey is based on information that the Fed's 12 regional banks collected before Aug. 27.

Bernanke, in last week's speech, said the Fed would pay especially close attention to the "timeliest indicators" as well as information gleaned from businesses and banks around the country. Economic data taken before the credit markets tightened up in August will be much less useful to policymakers to assess the country's economic health, he explained.

On the jobs front, the Fed said that "nearly every district reported at least modest increases in employment during the survey period." The lone exception was the Chicago region, which characterized employment conditions as mixed.

With regard to inflation, outside a burst of higher food costs, "most districts reported little change in overall price pressures." A subdued inflation climate would give the Fed more leeway to cut rates if it needs to.

The housing slump -- which has been the biggest drag on the economy -- worsened.

"The weakness in the housing market deepened across most districts, with sales weak or declining and prices reported to be falling or flat," the Fed said.

After a five-year boom, the housing market went bust last year. Higher interest rates and weaker home values clobbered homeowners, especially higher-risk subprime borrowers with adjustable-rate mortgages. Foreclosures and late payments have soared. Lenders have been forced out of business and hedge funds and other investors in mortgage securities have taken a big financial hit. The carnage has rocked Wall Street, ricocheting stock prices in the process.

Against this backdrop, the economy, which grew at a brisk 4 percent pace in the April-to-June period, is expected to slow to half that pace in the current July-to-September quarter.