On Tuesday night, the Pentagon issued a $2.7 billion order for 3,100 more Mine-Resistant Ambush-Protected vehicles, or MRAPs -- designed to protect troops from roadside bombs in Iraq. 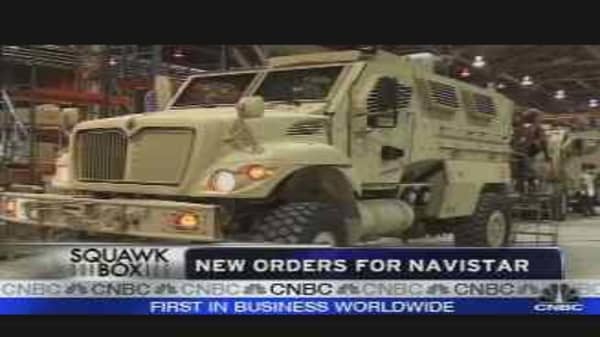 The manufacturers that will gain from the order: General Dynamics, Force Protection, U.K.-based BAE Systems, Germany-based Armor Holdings; and a partnership of Oshkosh Truck and body-armor maker Ceradyne.

The biggest provider: Navistar, which already has thousands of MRAPs on order and has delivered 700.

One possible obstacle for investors to watch: while the U.S. Army is reportedly satisfied with MRAP performance, the Marine Corp. has hinted it may scale back orders, saying that the massive vehicles are too cumbersome for quickly-changing combat tactics and maneuvers.