A year ago, spreads between the long bond and the 2-year note were close to zero. At the start of February 2007 we were looking at a slightly inverted yield curve, often a predictor of a recession. Now, a year later, the spread is approaching 300 basis points, hitting 292 on Friday. We haven't hit spreads that wide since 2004. 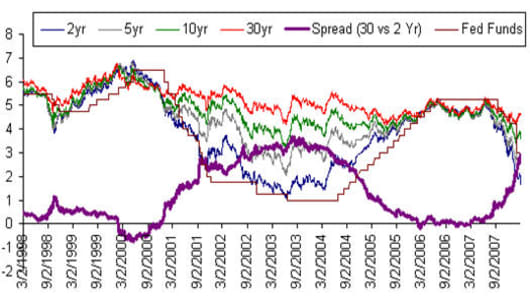 Here are some observations from the 10 year history of the yields: