A source close to Yahoo disputes Microsoft's claims that the internet search company was aloof in its negotiations following Microsoft's unsolicitied bid, and says Microsoft's own timeline shows an active negotiation process, whether Microsoft liked it or not. 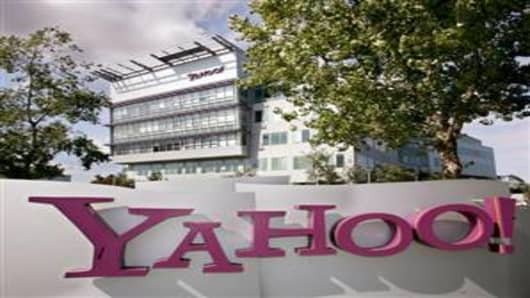 After CNBC posted a timeline provided by a source close to Microsoft , a source at Yahoo vehemently disagreed with the characterizations, and on one point in particular: that Microsoft claimed there was no reaction of any kind following the company's Friday decision to raise its bid to $33 from the original $31, something particularly troubling to the world's largest software maker.

Instead, this source said there was never a "formal offer" of $33, just a suggestion that Microsoft would be willing to come up "a couple of bucks" on the offer. Nothing, he says, was every put in writing. When Yahoo bankers wanted more details, even a written offer, details
on whether the new offer would be all-cash, or cash and stock, or a collared offer of some kind to reduce the downside if Microsoft shares lost value, it was Microsoft that refused to respond.

"That they were 'dumbfounded ...' It doesn't make any sense," this source said. "They were incredibly and purposely vague."

But the biggest dispute comes from the allegation that Yahoo refused to engage in any active negotiations. This source said the negotiations had always been robust. "It is simply factually incorrect to make it seem as though we weren't actively engaged in robust negotiations," he says.

"It wasn't because we weren't curious, they weren't engaging," this source said. "Were we unengaged, or asking for too much money?" It can't be both, he says. "Microsoft is lying. How much communication do they want? They were upset because we wouldn't accept a low-ball bid."

He points to Yahoo's recent earnings report as coming in at the high end of the expected range, with a strong outlook and a roadmap to future growth as the key indicators for Yahoo's value. He called Microsoft's bid "opportunistic," and says the company didn't walk from the deal because it was frustrated by the negotiation process, but rather because Microsoft knew there would be no way Yahoo's key institutional shareholders would back the Microsoft bid.

Microsoft could have taken the process hostile, he says, but the company knew there was no way for it to win. "If Microsoft thought that our shareholders wanted this number, then they would've launched a proxy fight," he says.