A Florida hedge fund manager who disappeared this month just as he was due to pay investors $50 million turned himself in to authorities Tuesday to face federal securities and wire fraud charges.

Arthur Nadel, accompanied by two attorneys, surrendered in Tampa, about an hour north of his home in Sarasota, the FBI said. 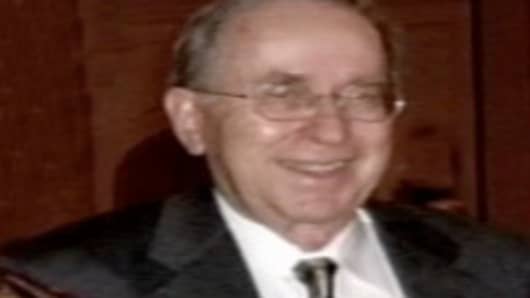 He was chained at the waist and wrists when he appeared in court later Tuesday. Attorney Barry Cohen said Nadel is not violent and asked that he be released on his own recognizance. He said Nadel has emotional problems and does not pose a flight risk, but a federal judge ordered him held at least until Friday.

Asked outside court where his client had been for two weeks, Cohen said, "He went away for a while just to be alone." He declined to say where exactly Nadel was, and the FBI did not provide details.

Federal regulators last week sued Nadel for fraud, saying he misled investors and overstated the value of investments in six funds by about $300 million. The Securities and Exchange Commission also won a court order freezing his assets.

A criminal complaint unsealed Tuesday in federal court in Manhattan alleges Nadel has been defrauding investors since 2004.

Nadel, 76, disappeared Jan. 14 after telling his wife in a note that he felt guilty. He also threatened to kill himself, according to the Sarasota County Sheriff's Office. Police found his green Subaru the next day in an airport parking lot.

In a lawsuit filed in federal court in Tampa, the SEC said Nadel recently transferred at least $1.25 million from two funds to secret bank accounts that he controlled.

Two investment companies co-owned by Nadel, Scoop Capital and Scoop Management, agreed last week in a settlement with the SEC to injunctions and an asset freeze. They neither admitted nor denied wrongdoing.

According to Scoop Management's internal accountant, the six funds have between 500 and 600 investors nationwide. Earlier this month, many were told the funds were empty. Sarasota investigators have been fielding inquiries from investors from around the country and as far away as France.

The SEC said Nadel's funds appeared to have assets totaling less than $1 million, while he claimed in sales materials for three of them that they had about $342 million in assets as of Nov. 30.

The materials also boasted of monthly returns of 11 to 12 percent for several of the funds last year, when they actually had negative results.

An investor in one fund received an account statement for November indicating her investment was worth almost $420,000. In reality, the entire fund had less than $100,000, according to the SEC. 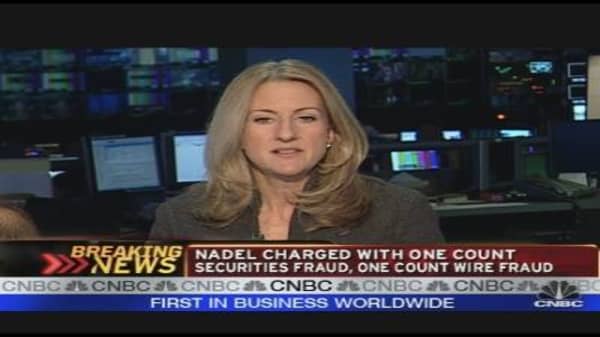 The investigation came on the heels of two other high-profile financial fraud cases. Investigators say Wall Street's Bernard Madoff cost investors some $50 billion late last year in what may be the largest Ponzi scheme in history. And Indiana money manager Marcus Schrenker was apprehended in Florida earlier this month after allegedly trying to stage his death in a plane crash as investigators probed his businesses.

In the criminal complaint against Nadel unsealed Tuesday in New York, FBI Agent Kevin Riordan wrote that Nadel in the past several years had rejected a partner's requests that he hire an independent certified public accountant to audit the assets in his funds.

Riordan said the partner, identified in court papers only as "Partner-1," told Riordan that he told Nadel he had to hire an independent public accountant after the Madoff's early December arrest.

Nadel vanished the next day.

A day later, Nadel's employees found what appeared to be a handwritten note from him to his wife in a shredding machine at his Sarasota office, Riordan wrote. Nadel warned that her avenues to money would soon be blocked and told her to "withdraw as much cash as you can."

Riordan said Nadel also told her he had left a "package" of recently paid bills and "enough documents that I think will do the trick to give you complete control and ownership of what is left, and even documentation for divorce. Sell the Subaru if you need money. I will send you a letter in a day or so to tell you. ..."