What happened to the housing recovery?

Despite hopes that the market would begin showing signs of life this spring, the latest housing data suggests otherwise. Instead, the sector remains stubbornly moribund—trapped in a spiral of declining prices, increasing mortgage rates, unemployment and several unforeseen factors. 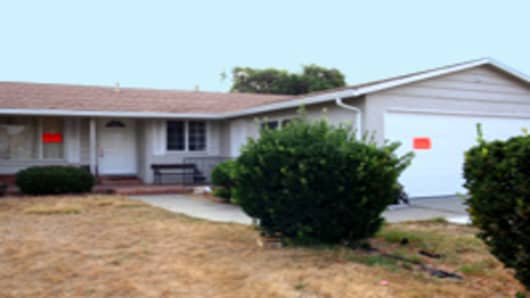 And with many experts believing that a real estate rebound is critical for the overall economy to recover, patience with housing is beginning to wear thin.

"We're dealing with a problem that probably took us eight years to get into and expecting to get out of it in eight minutes, and it's just not going to happen," says Rick Sharga, analyst for RealtyTrac, which follows real estate trends. "The frustration might be more self-induced or self-inflicted than necessarily something the real world would create."

Experts cite various reasons for the continuing problems with housing and say it's unrealistic to expect a full recovery anytime soon.

"Economists have all been pretty consistent in that they expect the housing market to bottom out at the end of this year or the beginning of next year," Sharga adds. "It's not going to be a rapid recovery."

Consumers fearful of losing their jobs haven't been spending on much of anything, and housing tops the list.

That's a trend unlikely to change until unemployment turns around. So it's no coincidence that housing and the jobless rate are expected to recover right about the same time.

"Demand ultimately is driven by jobs," says Jay Brinkmann, chief economist with the Mortgage Bankers Association. "If anybody asked what are the top four things (influencing housing), I'd like jobs as one through four."

With the unemployment rate likely to hit as high as 11 percent before the job-shedding carnage is complete, that's bad news for housing.

"The big white elephant in the room is probably unemployment," Sharga adds. "That's a double-barreled effect on the marketplace."

One barrel is the unwillingness to buy; the other is the continued rise in foreclosure rates.

The MBA recently reported that a record-high 3.85 percent of all mortgages are in foreclosure. RealtyTrac said May foreclosures actually dropped 6 percent from the previous month, though they were still 18 percent higher for the same period in 2008 and the third highest on record.

"People who have lost jobs or are concerned about losing their job certainly are not going to commit to long-term major investments like buying a house," Sharga says. "All of the data points are suggesting we're certainly not out of the woods yet."

Despite all the government efforts to inject liquidity into the capital markets, banks are still reluctant to lend.

While those with squeaky-clean credit histories and a lot of cash on hand are in a better position to get loans, the rest of the buyers are getting kicked out of the marketplace.

"If you've got good credit, you've got money to put down and you've got a job, it's actually pretty easy to get a loan," Brinkmann says. "The people who have had problems since the middle part of 2007 are people not in those particular brackets." 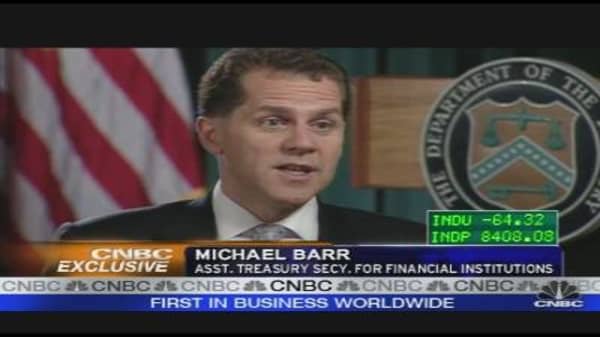 With unemployment surging and credit issues piling up, there are a lot of people who fit in that latter category.

Those without sterling personal balance sheets or who don't qualify for government programs like the Federal Housing Administration's efforts to open up the mortgage markets are mostly out of luck. The damage is especially severe on the higher end of the market, where so-called "jumbo" mortgages that are not backed by Fannie Mae and Freddie Mac are nearly extinct.

"If you're not getting an FHA loan, you're probably not getting a loan," Sharga says. "There's virtually no jumbo market at all. Banks are in the process of trying to improve their liquidity positions so they can get back into this part of the business."

Call it the ultimate Catch-22: Housing prices are still too high to attract buyers but too low for the many sellers who are underwater—owing more than their homes are worth—on their mortgages.

That's creating a crisis in the market that can only continue to play out until the supply and demand equation can level.

"The faster you clear off this excess inventory the faster you can stabilize home prices," says Walter Molony, spokesman for the National Association of Realtors.

And just as prices have fallen 32 percent from their highs of two years ago, the market has another headache to deal with: rising mortgage rates, despite the government's efforts to buy up agency-backed loans to drive down those rates, which according to Bankrate.com stood at about 5.5 percent for a 30-year fixed. That's still low, but up considerably from the recent lows of below 5 percent.

"There's been action as far as people out there bidding on houses and getting approvals. But it remains to be seen whether contracts will be signed with the rates going up as fast they have," says Alan Rosenbaum, president of GuardHill Financial, a mortgage brokerage firm in New York. "When mortgage rates go up, home prices aren't as attractive as they were six months ago."

The National Association of Realtors has contacted the New York Attorney General's Office to look into new standards under the Home Valuation Code of Conduct that the group says its making it impossible to get a fair assessment done of home values.

The HVCC rules went into effect May 1, and Freddie Mac says it will not buy loans from institutions that don't follow the code. The rules were adopted in conjunction with the New York AG's office and the Federal Housing Finance Agencyostensibly to streamline the process. 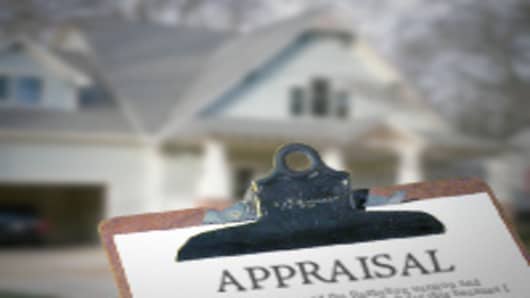 But industry experts say deals are falling through because of appraisals that fall well under the agreed-upon prices between buyers and sellers.

"We're getting complains from Realtors in the field who are saying that some of the appraisal management companies which are part of the HVCC code are assigning appraisers who don't have geographic competence, creating a firewall between appraisals and the lenders," says NAR spokesman Lucien Salvant.

"The HVCC is a ridiculous policy," adds Rosenbaum. "They're basically relying on an automated valuation system that's very inaccurate."

Foreclosures are driving down appraisal values for neighboring properties, experts say, and appraisers are not taking foreclosures into consideration when coming up with prices.

Freddie Mac officials did not immediately respond to a request for comment.

One of the ways that the industry hopes to get rid of excess inventory is through so-called "short sales" of property. Such transactions occur when a mortgage holder agrees to the sale of a property even though it is less than the amount owed.

Banks, though, have been reluctant to agree to the sales. Critics say the reticence from banks comes from a desire to hold the properties until values go up, a move made easier by recent changes to mark-to-market accounting rules. Banks, though, say prospective buyers are trying to take advantage of the situation by submitting low-ball offers.

"I do think you're seeing a lot of accounting-driven things in the system" Sharga says. "The banks are deferring losses for longer and longer periods of time."

Short sales are a subset of the larger group known as distressed sales, which refers to transactions involving homeowners who are behind on their mortgages and trying to avoid foreclosure.

"Maybe if they came up and offered $5,000 more that would make it more of a slam dunk," the MBA's Brinkmann says. "This is more of a case of people offering rock-bottom prices."