Palm Slaps the Naysayers with an Open Hand. And Hard.

You gotta hand it to Palm: This company blew past earnings in such a big way that we had to take a longer look at the numbers just to make sure there wasn't something hinky in the accounting.

But math is math, and you can sum up these sales with a simple word: Wow!

It's no secret that I've been a skeptic of Palm , based mostly on an untested product in the market place and a stock that has jumped nearly 400 percent on merely the promise of good things to come, but very little steak under all that sizzle. Today, Palm investors are savoring a nice chunk of Filet Mignon.

Palm reported a 10-cent a share loss, well below the quarter a share loss that Wall Street was looking for, on $361 million in non-GAAP revenue, well ahead of the $298 million consensus. The company's non-GAAP adjusted gross margins rose to 25.6 percent. 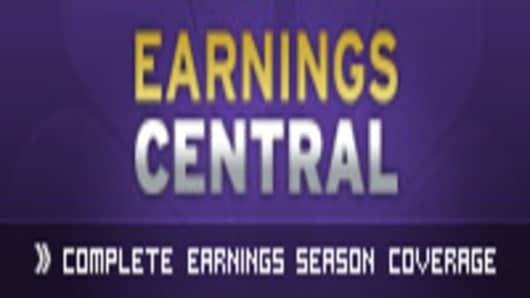 But the real numbers come in shipments and sell-through, and they are simply jaw-dropping. Analysts expected Palm to report anywhere from 400,000 to 500,000 smart phone units shipped. Palm instead reported 823,000. The more important "sell through" number was expected to come in as high as 600,000 by some estimates, but instead soared to 810,000.

Palm shares initially dipped on this news since the company also took this occasion to announce a secondary stock offering of 16 million shares. There was a thought on Wall Street that maybe Palm wouldn't go that route, for fear of diluting shareholders who have been hanging on for dear life to these shares. But Palm needs to raise money. It's cash position should have increased to about $230 million on the quarter, but instead was down to $211 million as the company continues to spend heavily on those Pre commercials and the global marketing of this device. The secondary offering might hurt shareholders in the short term, but the long term consequences of that cash could be significant.

Meantime, that collective round of applause you might be hearing is probably coming from clients of Mike Abramsky at RBC Capital who published earlier in the week such rosy expectations surrounding this company that I actually heard snickering from other analysts. Yeah, who's doing the snickering now? Certainly not Credit Suisse which just downgraded shares and took its target down from $18 to $12, or Canaccord Adams which just this morning revised its sales expectations from nearly $400 million down to just shy of $300 million.

Abramsky nailed it, anticipating total sell through of up to 800,000 units and $318 million in non-GAAP revenue.

Abramsky should feel good, but not as good as the folks at Palm who did all the hard work to get these numbers on the books. Last quarter, with only a week of Pre sales available, certainly didn't count when it comes to gauging market penetration. This quarter is absolutely key, offering us a glimpse of the Pre's early adoption. Let's see what happens next quarter, to see if Palm has come up with a way to keep this momentum going.

And in fact, looking at the company's second quarter, there's a strong indication that Palm's momentum runs the risk of slowing, and significantly. The company now anticipates adjusted sales between $240 million and $270 million. The midpoint of $255 million is dramatically lower than the $344.3 million analysts were expecting. That could be a serious problem, and make today's celebration short-lived in Sunnyvale.

Meantime, Apple , Research in Motion and Nokia still reign supreme. But Palm, if it can sustain this kind of blockbuster performance, is no longer the court jester.