Stingy Santa Is Coming Back This Holiday Season

Retailers, take a cue from Wal-Mart Stores: Shoppers will again be making a list and checking it twice this holiday season. 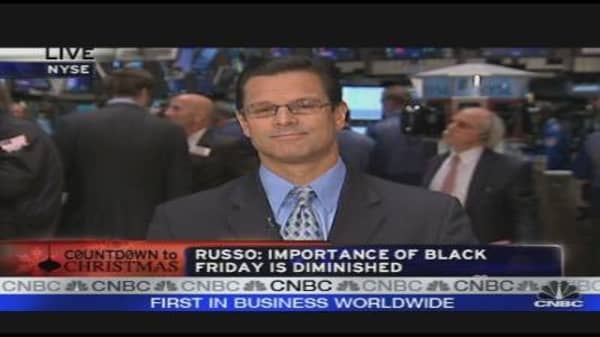 Despite signs that the economy is improving, Americans are still skittish about spending. A new survey from The Nielsen Company projects holiday sales will only rise 0.03 percent this year, to $90 billion in dollar sales.

To win those sales, retailers will need to offer consumers a sense that they are getting a lot for their money. That may be why Wal-Mart announced it is supersizing its selection of $10 toys.

In the Nielsen survey, 42 percent said they plan to spend less this holiday season than last year. That's an increase of about 7 percentage points from last year in the number of people who say they will be tightening their belts and spending less at holiday time. What's more, those cutting back came from all income levels.

"What we are seeing really is a what consumers have been doing for the better part of 19 to 20 months, and that is reining in their spending," said James Russo, vice president of Global Consumer Insights at Nielsen, in an interview on CNBC.

Consumers have "retrained their consumption" because of the reccession, Russo said.

So what will folks buy this holiday season? Nielsen projects households will be focusing on "essential gift-giving" such as staple consumables, candy, alcohol and entertaining at home.

Shoppers also will be heading to "value" channels such as dollar stores and discounters to pick up traditional items such as apparel and toys.

Items such as DVD players and Blu-Ray players also should sell well, because consumers are focused on options for in-home entertainment.

That means less money will be spent in luxury categories such as jewelry, travel, and high-end apparel, Nielsen said.

Also, don't bank on Black Friday. The focus on value means consumers will be shopping more carefully, and will likely start their holiday shopping well in advance of the Thanksgiving holiday, which was once thought of as the traditional start of the holiday shopping season.

It seems retailers have been starting their holiday efforts earlier and earlier each year.

Wal-Mart will return to last year's playbook, and cut toy prices beginning in October. This year's effort has been expanded to include more than 100 toys, from Barbie dolls to board games, each offered for $10 throughout the Christmas shopping season.

According to Wal-Mart, about 70 percent of its shoppers start their holiday toy shopping before Halloween, and about 20 percent are done shopping by Halloween.

A $10 hamster made the hot holiday toy listcompiled by Toy 'R Us. That list, released last week, included pricier items such as netbook computers, but overall the list provided more inexpensive items than did a similar list issued last year. 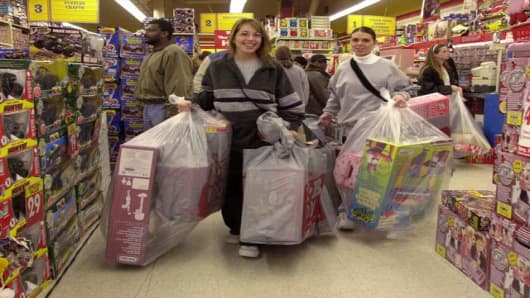 Toys 'R Us said Thursday it plans to hire about 35,000 seasonal employees, which is about equal to the work force it hired during each of the past two holiday seasons. The toy retailer announced plans earlier this month to add nearly 350 temporary "Holiday Express" stores in malls and inside its Babies 'R Us stores nationwide.

Electronics retailer Best Buy will be hiring more staff and putting a big push on promoting its in-store services as a way to attract shoppers to its stores.

Best Buy has gained market share since the demise of rival Circuit City, but it still faces competition from Wal-Mart and Target. Promoting its services, which include its "Geek Squad" computer repair assistance, can help differentiate it from the discount stores.