Sponsors of defined-benefit pension plans — the main retirement vehicle for millions of Americans — face "significant" pressure in the next year to keep the plans afloat, according to a study by one of the world's largest benefit consulting firms. 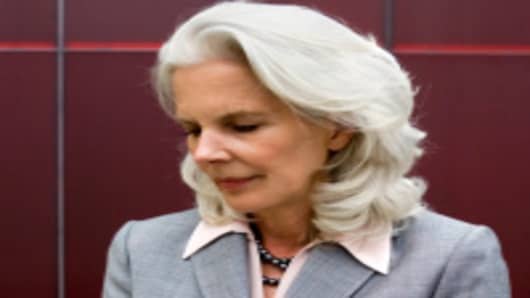 The study by Mercer LLC, a unit of Marsh & McLennan , says that while pension reform in recent years and market gains this year have helped improve funding levels, they are not enough to make up for the huge losses the plans suffered in the financial crisis last year.

"Looking ahead to 2010 — barring an enormous market recovery," said Mercer Principal Craig Rosenthal in testimony prepared for a House Ways and Means Committee hearing on Thursday, "we expect that many defined benefit plans will face significantly increased required contributions."

That could put pressure on corporate balance sheets, or in some cases force companies to consider suspending or modifying their pension plans.

Mercer surveyed 874 private pension plan sponsors, and found that while many are in a good position to meet their current needs, 21 percent face "significantly higher" required contributions this year — in many cases more than 50 percent higher than last year.

The study found that the 2008 market crash — and changes in pension funding rules — mean firms cannot rely on surpluses from previous years nearly as much as they could in the past.

At the end of 2007, the study said, the plans had an aggregate credit balance of $52 billion. This year, it is as little as $20 billion, and a quarter of the plans surveyed had no credit balances at all.

Also impacting the health of pension plans are low interest rates, and the prospect that they will remain low into next year. The low rates mean plan sponsors must assume lower rates of return on their investments, offsetting gains in the markets.

"While investment returns through August 31, 2009 for most plans should be positive," Rosenthal said in his prepared testimony, "they are far from being sufficient enough to reverse the dramatic investment losses suffered by most plans during 2008."

The House Ways and Means Committee is considering whether to adjust funding requirements for pension plans, making it easier for employers to continue offering the plans. The rules were significantly overhauled by Congress in 2006, with additional adjustments last year.