Remember the frothy days of the dot com bubble? It was like watching one of those films in science class where time-lapse photography captured a flower blooming, bursting into beautiful colors, dancing in the breeze. New companies would seem to burst forth on a daily basis, but more interestingly, established companies that merely announced some kind of web strategy, even if it were simply adding a home page, watched their stocks soar.

My favorite was the inane ad campaign from Sun Microsystems proclaiming, "We're the 'dot' in dot com!" Huh?! But it worked, and Sun blossomed big. 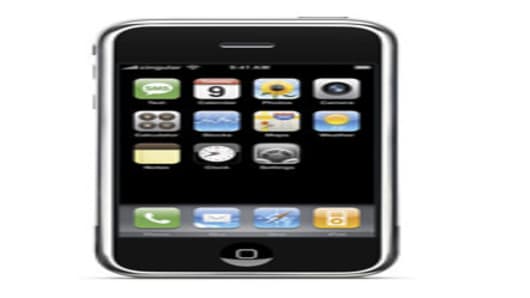 Today, we have a new kind of craze, courtesy of Apple, its iPhone, and that incredible engine-that-could, the App Store. Look no further than Radio Shack this morning.

The company announces that it will become an authorized reseller of Apple's iPhone and the stock jumps 10 percent on the news. Apple shares on this news are knocking up against $200 again.

It seems that Apple's App Store is the train everyone is trying to catch. Merely by announcing they have an "app strategy" is enough to pop a stock. We heard from eBay last week that transactions on the iPhone through PayPal hit a half-billion dollars in the blink of an eye. Electronic Arts , says it views the Apple iPhone and Apple App Store as ways to reach the another billion people. "Quite frankly, the success we've seen on iPhone has really surprised us…This is the kind of surprise we like. It's additive and it's really changing our industry, and we're playing catch up but in a good way," CEO John Riccitiello tells me.

Apple itself has said that there are now over 100,000 apps available for download, and they've been downloaded over 2 billion times. Some cost money, others are free, and we still don't have a clear picture of just how much of a money-maker the service is. But unlike the dot com craze, with its nutty eye-ball valuations, this is real money, real innovation, real growth.

The Radio Shack news, and the market reaction to it, proves just how relevant the App Store has become, how intrinsic it is becoming to business and commerce, not just in the US, but the nearly 80 countries in which it's available. It's becoming a necessity, not merely a curiosity, to have an "App strategy" in much the same way companies knew they needed to be online 10 years ago, but they just didn't know what they were gonna do once they were there.

And that's the key difference between the dot com craze and the App Store craze. Companies meandered onto the web in a kind of shoot-first-ask-questions-later approach to an internet strategy. Now, established companies and entrepreneurs alike are heading to the App Store with compelling offerings that build on their brands and extend their reach into the markets they serve.

And while other platforms fumble about, with Google'sAndroid operating system attracting 12,000 apps, but the Palm WebOS woefully counting the several hundred available there, the Apple App Store has established itself as the runaway leader in arguably the most exciting trend in technology and wealth creation since, well, the dot com craze.

The pressure is certainly on when it comes to Apps developers trying to separate themselves in such a crowded marketplace as the App Store. But in these Wild West days of Apps development, there's lots of room for lots of winners. Look at Radio Shack. It hitches its wagon to the iPhone craze and the stock soars, an indirect beneficiary of the App Store momentum, but a beneficiary nonetheless.

It's quite simple, really: It's not enough for companies merely to offer iPhone hardware to their employees. If they want to be a success, and take advantage of a robust marketplace, you gotta go where you're customers are going, you gotta speak their language. And increasingly, that means heading to the App Store, and using an iPhone. Yet unlike the dot com craze, having an App strategy will translate into real, long-term dividends. Companies simply can't afford not to be there.

Correction: In an earlier posting, we had an error in the revenue amount ERTS has seen from its games on the App Store.