Flashback: The Secrets Behind Nothin' But Net 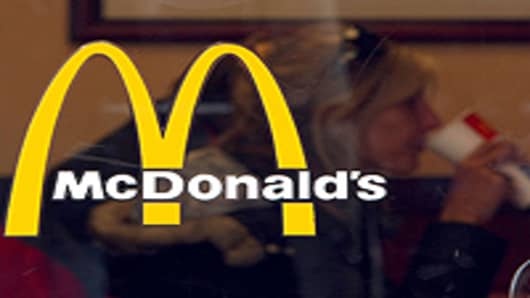 ad. The spot could run on the Super Bowl, just like the original one did 17 years ago.

With that in mind, we got in touch with Jim Ferguson, who was part of the creative team at Leo Burnett that came up with the spot for the fast food chain.

“My partner and I, Bob Shallcross, got the assignment from McDonald’s to create another NBA commercial. We were going to promote the Big Mac. So we came up with a simple idea of having the two play a game of H-O-R-S-E for it.”

“Every detail was worked out. We actually had to have Larry challenge Michael to the game because we couldn’t have Michael make the challenge because of his gambling situation at the time. Larry originally said, “What if’n I play you for it?" And the director, Joe Pytka, asked Larry what “if’n” was.”

“Larry added the line, No Dunking. Then the two took the first two shots (over the backboard and on their knees). After that, it was just editing though Larry didn’t necessarily want to do it that way. When the two of them are in the stands and Larry challenges Michael, Larry was actually trying to figure out if he could really make it off the scoreboard.”

“The two guys also aren’t really sitting on the rafters. We had to bring in a rig and position it about 10 feet off the ground. I remember Jordan saying, ‘If we fall, I’m going to own McDonald’s.’ So there were five or six production assistants under them and if they fell, they would fall on those guys.”

“The funny thing is the commercial almost didn’t make it because at the last second our lawyers realized we didn’t have commercial clearance to use the Hancock Building. Eventually I think we traded to the rights to use it for a basketball autographed by Jordan and Bird and I think $100. Nobody ever thought it would turn into what it did.”

"There's a story about the awful outfit Jordan is wearing. Larry showed up in regular workout clothes. At the time, Michael was designing his own line of clothes. This was one of the outfits. According to the contract, Michael could pick his wardrobe. Pytka, known for his temper, ridiculed Jordan continuously about the outfit. But to no avail. Jordan refused to wear anything else, but his creation."

Today, Ferguson still works with Shallcross at their agency, JimBob_Dallas.