For the 30-year anniversary of Miracle on Ice, we sat down with the game's play-by-play announcer, Al Michaels, who uttered one of the most famous calls in history during the famous game between the United States and Russia at Lake Placid that day.

Darren: What was the atmosphere heading in? 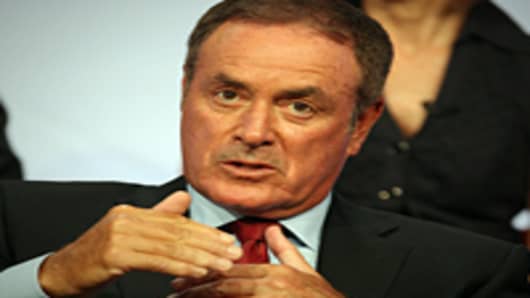 Al: I think everybody was really excited because the American team had done really well — better than people had anticipated.

That win over Czechoslovakia in the second game, when they dominated what figured to be the second best team in the world, made everybody think that this is a team to watch.

Going into that game the Soviets were so good, they were so dominant. They had beaten the best teams in the world, they had the best players in the world. The U.S. had a bunch of college-aged kids, and granted they were playing well, but I don’t think that anybody could anticipate the that the U.S. would do what it did. Ken Dryden who was the former Montreal goalie and my analyst during the Olympics, as we walked to the arena from our hotel early that afternoon we were talking about “You know, if the score could only be 3-1 Soviets midway through the second period at least it would sound close." But we really feared that it would be 6-0, 7-0 early in the second period and that nobody would care anymore. So the expectations were “I hope they can hang in for a while and then let’s see what happens."

Darren: So, at what point did you say, "Oh my, this could happen?"

Al: It wasn’t until Mike Eruzione scored what turned out to the the tie breaking goal because the U.S. trailed for most of that game. They trailed 1-0, tied the game, trailed 2-1, tied the game at the end of the first period, trailed 3-2 at the end of the second period and it stayed that way until eight minutes into the third period when Mark Johnson scores to ties the game. Now, all of a sudden its 3-3, they’ve made three comebacks. Eruzione scores about a minute and half later and then you look at the scoreboard and it said exactly 10 minutes to play 4-3 U.S. leading. And I’m not sure you start to think about the U.S. winning the game, but wow all of a sudden you’re set up for something really terrific .But those were a long, long, long 10 minutes. That clock just seemed to be in quicksand. You have the lead, the clock is going down. I know the players all said the same thing, you’d look up and you’d hope a couple minutes went off the clock and it was like five seconds, so it was as exciting as anything I’d ever seen in sports.

Darren: "Do You Believe In Miracles is arguably the most famous call of all-time in sports. How do you come up with that?

Al: I came up with it from my heart I guess. I know somebody wrote recently that it was the nine-year-old in me. I love sports and you can’t think of something like that beforehand. I’ve always felt that I’m in a spontaneous business and if you script something, if you plan something, it will sound that way. It’ll sound as if somebody made it up and frankly, as I look back now if I could have scripted something, I couldn’t have scripted that. I don’t know how I would have played it out in my mind, but there was no chance the U.S. would win the game in my mind and secondly, at the end of that game, I’m just concentrating on doing the play-by-play because I’m trained to call the game. The place is going insane, the building is shaking, it's as loud as anything I’ve heard. We’re on a platform that was built on the front of what would have been the balcony and that thing is just shaking like crazy. They’re going insane and I think Ken Dryden and I were the only people in the place that were kind of like horses with blinkers on. I kept thinking to myself "stay in the game, stay in the moment, stay with the play by play." Now, all of a sudden, with a few seconds left in the game, the puck comes out to center ice after the Soviets had put a lot of pressure on and it afforded me the opportunity to say what I did. I didn’t think about it. The only thing I can think back upon is that with a few seconds left in the game is the word that came into my head was "miraculous" and it got turned into a question and I answered it. It was easy just to say nothing at this point. The pictures were just so phenomenal and the celebration took place. It was just one of those things where I got lucky. I got lucky to get the assignment number one. Here come the right words. I’m not sure what I had said because I’m working the game so intently I have another game to do a half an hour later (Dryden and I had to do Sweden against Finland.) I cant think of any of these things. But looking back right now I’m just very thankful that the right words came out at the right time.

Darren: So, what have those words been worth it to you?

Al: Maybe in a way. Certainly it’s a nice signature I guess. People love to talk about it. For me the irony was I was at ABC , it was my fourth year at ABC and I’m in my mid-thirties at that point,. I was on a fast track to begin with on a staff with Howard Cosell, Jim McKay, Frank Gifford, Keith Jackson. They bring me in and I’m the up and coming guy. I had done the World Series in 1979, so it wasn’t like I came out of nowhere and this happened. Now this what great, no question about it, but I was kind of moving along on a track that was going to let me do a lot of the big events at ABC. But, in terms of capitalizing on it, when I go out to give a speech its what people want to hear. It gives me something to talk about. People love to hear about it. I love to be attached to it. And the greatest thing for me is when people talk about it, they just glow. It one of those great moments in time if you are old enough to remember where you were -- Pearl Harbor, Kennedy gets assassinated, the Challenger blows up, 9/11. Those are obviously all terrible things. This was great. It’s a wonderful thing to remember.

Darren: People talk a lot today about tape delay. That game was delayed for hours. How many people had heard that the US had beaten the Russians? 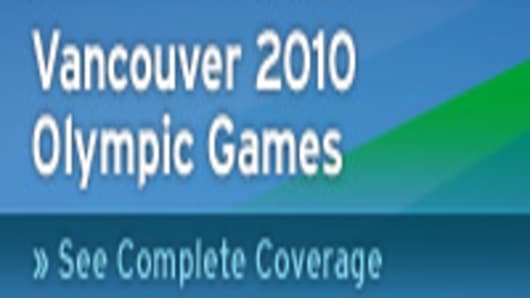 Al: It was the last moment in the history of the world where you don’t have Internet, you don’t have cable television as we know it, you don’t have a national newspaper — the USA Today didn’t start until a couple of years later — and you’re in a cocoon. It’s a little town in upstate New York. Granted, it’s the Olympics, but remember, the players, they don’t get it fed back to them the way it would be right now. Right now, a kid who did something like this would go back to the hotel turn on ESPN, turn on any number of cable outlets and have it played back 15,000 times and you'd have interviews, cell phone calls and the Internet. You know how many time this gets played back up there? Except for the your buddies, people on the street and all of that. There’s no cable TV. So you’re watching the Plattsburgh station or Burlington station. And the newspapers are the New York Times, which don't come out until the next day. So, in other words, you wouldn't have even gotten to see what they had written on Saturday until Sunday or Monday. So it was weird. It’s only 30 years ago, but the world has changed so vastly that if somebody wins the Super Bowl, they can watch it all night long on a 100 different outlets. These guys didn’t have that opportunity. I think part of that was part of the beauty of all this. They knew it big but they didn’t know how big.