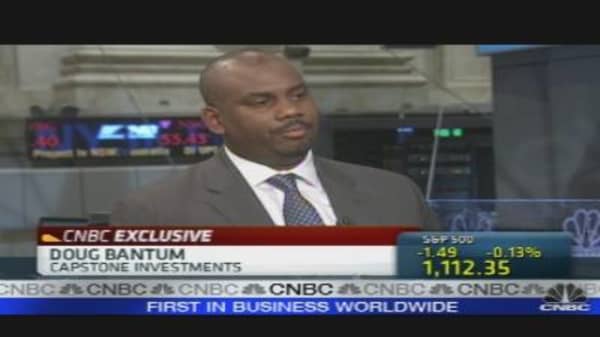 He discussed his best plays.

“Get long and buy good quality names that will outperform the general markets over the next 12 months,” Bantum told CNBC.

Bantum said while the markets are expected to remain choppy throughout the year, he sees opportunities in the small and mid-cap names.

- Cirrus Logic —"They’re a company that benefited from the Apple effect," said Bantum.

Bantum does not own shares of SKX, CRUS, ISSI or IWM.