Trading in shares of the oil and gas exploration company Anadarko Petroleum late this spring are under investigation by the Securities and Exchange Commission, according to someone familiar with the matter. 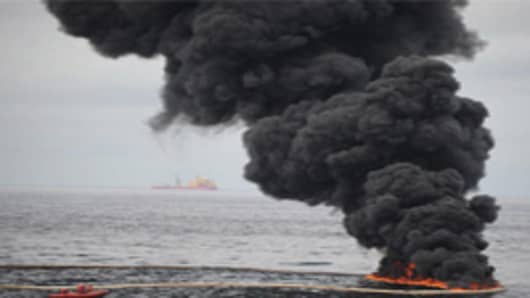 AP
Crisis in the Gulf

The SEC is examining trading of Anadarko shares with an eye toward any trades that might have been motivated by market participants with non-public information, this person said. Anadarko owns a stake in the Macondo well in the deep waters of the Gulf of Mexico, which began leaking oil on April 20 after a disastrous rig firebroke out.

Trading in shares of BP, which owns a larger stake in the well, are also being probed by the SEC, according to two people familiar with the matter. Commission staff members are concerned that early reports on the progress of the spill cleanup between late April and mid June may have leaked out to select market players, motivating them to buy or sell BP or Anadarko's stock before the details of the cleanup had been made public.