Over the weekend, we learned that the federal government has gone into panic mode over insider trading. It is using the kind of tactics developed to fight mobsters, and later, terrorists, to root out and punish the use of non-public information by hedge fund traders. It's the equivalent of TSA Rapiscan body scanners or invasive pat-downs at airports. 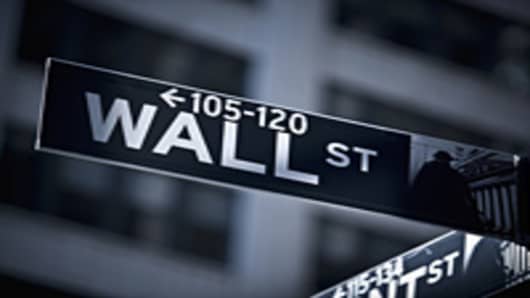 Does this make sense? Mobsters and terrorists have genuine victims, often easily detectable by their corpses; while the victims of insider trading are far harder to detect. That should be the starting place in any story about government enforcement; who is the victim? When it comes to insider trading, the victim is so hard to detect that it's far easier to suspect that it may not exist. The victim of insider trading is a Snuffleupagus, someone visible only to the Big Birds behind government desks.

A year or so ago, I tore through every argument that purported to show how ordinary investors were victimized by insider trading. My friends over at Business Insider are now re-running it here.

The only sensible argument I've found by someone claiming that insider trading has a victim is made by Stephen Bainbridge, who says that some insider trading is theft of intellectual property of a company. What's more, difficulties that companies would have privately enforcing intellectual property rights in financial trading markets justifies federal enforcement, Bainbridge argues.

But insider trading laws justified by Bainbridge's intellectual property argument would need to be applied very differently from the way the federal authorities apply them now.

In the first place, criminal penalties are probably inappropriate in almost all cases. What's more, the questions of whether the intellectual property was actually owned by the company, whether it was legitimately considered confidential, and whether the trader—or the tipster who gave him the non-public information—acquired and used it legally or illegally would be much more closely scrutinized. I suspect that under the Bainbridge analysis, recent high-profile cases against Mark Cuban, Raj Rajaratnam and the expert networks would be much harder to establish.

Fascinatingly, it appears that the federal authorities have developed a new theory of insider trading. Under this theory, the use of pseudo-insider networks to acquire information about public companies has created a wasteful "arms race" situation. Hedge funds feel obligated to pay outside experts to acquire information in order to compete with other funds who are paying experts for information. Everyone would be better if everyone agreed to avoid the experts, but no one trusts the other side not to cheat. It's a kind of prisoner's dilemma for hedge fund managers.

The recent federal dragnet seems aimed at ending the prisoner's dilemma by raising the cost of defecting into the arms of pseudo-insider experts. It may well work, especially if enough hedge fund managers fear that expected gains from the use of expert networks are exceeded by the potential cost of getting dragged away in handcuffs by Special Agent B.J. Kang and winding up featured in one of US Attorney Preet Bharara's press conferences. There's reason to doubt that consequence, however. Enforcement actions are probably too sporadic and random to have a strong deterrence effect.

There is something very queer about the Arms Race Theory of insider trading, however. It is basically an argument for cartelizing an aspect of hedge fund management, and the "victims" it protects are elite, wealthy hedge fund managers and investors. That's quite an extraordinary change of mission for federal authorities enforcing securities laws, which are usually understood as aimed at protecting ordinary investors while leaving the sophisticated professionals to fend for themselves. Taxpayers may wonder whether saving hedge funds from unnecessary expenses is really a good use of the time and resources of the FBI and the SEC.