Google Is Said to Be Poised to Buy Groupon

Google is near a deal to acquire Groupon, the pioneering online discounter, for as much as $6 billion, people with direct knowledge of the matter told DealBook on Monday.

A deal, in the $5 billion to $6 billion range, could be struck as soon as this week, these people said, cautioning that the talks could still fall apart. 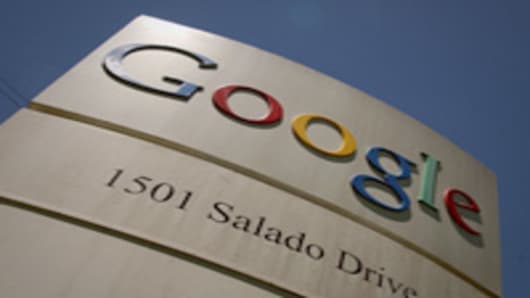 At that price, Groupon — known for its daily discounts — would be one of Google’s largest acquisitions, dwarfing its $3.1 billion purchase of DoubleClick, the display advertising giant, in 2007.

The deal would also be Google’s boldest foray in local business online advertising, a large and untapped market it has been trying to get into, most recently by promoting Marissa Mayer to oversee the local business and attempting to buy Yelp, the local review site, last year.

A representative for Google declined to comment. Andrew Mason, Groupon’s chief executive, declined an earlier interview request, adding that he would talk “only if you want to talk about my other passion, building miniature dollhouses.”

Since its founding in 2008 by Mr. Mason, Groupon has been growing at a breakneck pace. The company, whose name is a combination of “group” and “coupon,” specializes in providing customers with discounts purchased in bulk. Subscribers receive notifications of one deal a day, tailored to their location and profile.

The average Groupon deal offers 50 to 90 percent off retail goods and services, from restaurant certificates to skydiving lessons. It has grown beyond local merchants to encompass retailers like Gap, which offered a nationwide deal this summer. On the day of the Gap promotion, Groupon sold 440,000 units and generated $11 million in revenue.

Groupon’s success has helped turn the company into a cash-generating machine, signing up more than 12 million registered users and reaping more than $350 million in estimated annual revenue.

Over recent weeks, Groupon has been the subject of scores of takeover rumors. Both Google and Yahoo were among the interested parties, according to the people briefed on the matter, with Yahoo prepared to pay about $2 billion. But Groupon’s founders rejected that offer as too low.

As Yahoo’s approach sputtered, Google made an initial bid of $3 billion to $4 billion, these people said. But in the face of Groupon’s resistance, Google raised its offer to $5 billion to $6 billion. The company is unlikely to offer more than that, according to one of the people with knowledge of the situation.

Google is one of the few buyers in the technology market that can afford a price that high. According to the company’s third-quarter report, as of Sept. 30, Google had $33.4 billion in cash or cash equivalents on hand.