Super Advertising Bowl: By the Numbers

This Sunday's Super Bowl could draw the highest ratings of any game, and it could also break records as the biggest advertising event ever.

Fox should bring in more than $200 million in ad revenue for ads during the game —the network charged between $2,8 million and $3 million per thirty second spot.

That's not all — Fox should generate another $100 million plus from pre-and post-game ads, which cost between $100,000 and $2 million, depending on when they run. Plus viewers could see more promos than ever — the number of ads and ad minutes have been on the rise. Last year a record 104 ads took up nearly 48 minutes of air time.

Anheuser-Busch is once again one of the game's biggest spenders — it's been the leading advertiser over the past decade. This year it's bought up about three and a half minutes of ads for its various brands. Expect some Clydesdales.

PepsiCo is another top advertiser, purchasing seven thirty second spots. Several are for Doritos, for which it's running a major online competition to vote for the best ad, called "Crash the Super Bowl." PepsiCo is also bringing back ads for its namesake soda after a hiatus last year. 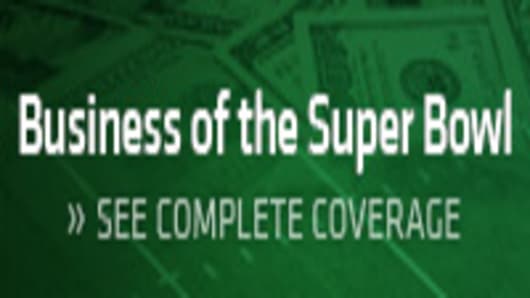 One big change this year — Automakers are the top advertising category, thanks to General Motors, which is returning after a two year break. GM is investing big in a slew of Transformers-themed ads for Chevrolet. BMW is returning to the game after a decade-long break. Hyundai, Kia, Audi, even Mercedes are ponying up for spots — pretty much every major auto brand except Ford.

Groupon is entering the game for the first time ever — just a few weeks ago it snagged a last minute spot. Ad time always opens up in the 11th hour — just this week Pizza Hut sold back an ad during the game, opting instead for a spot right before the game starts, when people are most likely to order pizza.