The (War) Eagle has landed. 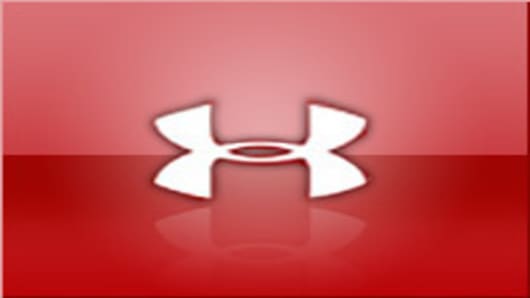 Terms were not disclosed, but according to sources this deal will be the largest deal ever given to an incoming NFL rookie, surpassing the $1 million a year deal adidas gave to Reggie Bush in 2006 both in terms of annual guarantee and overall dollars. Sources said the deal seeks to capitalize on both Newton's fame in college and his future potential. Under Armour will unveil a whole collection of Cam Newton Auburn items, including jerseys with his name on the back, as well as football and training gear, including signature a signature shoe line.

Under Armour spokesperson Diane Pelkey would not confirm the signing and Newton's marketing agent, IMG's Carlos Fleming, also declined to comment on the deal.

The signing provides great consistency to Under Armour. Thanks to its deal with Auburn, and the school's national championship this season, Newton arguably became the most identifiable athlete of the brand in the company's 15-year history. He typically wore 17 Under Armour logos each Saturday during the season.

The battle for Newton came down to Under Armour versus Nike . Under Armour wanted Newton more, but it was a question as to whether Nike, which has more than 20 times the marketing budget of UA, wanted to pay up enough to use Newton as a part of leveraging its upcoming exclusive apparel deal. Ultimately, Under Armour was willing to put more guarantees behind Newton's marketing future.

Newton will be allowed to wear shoes with Under Armour logos on the field in the near future though his jersey will have Reebok logo on it. The brand will be the official apparel sponsor for next season and in 2012, Nike will take over for the next five years. Under Armour has combine rights in the near future and its players will be allowed to wear gloves with the interlocking UA starting in 2012. Newton does not wear gloves.

Nike is already blessed with riches in the NFL endorsement market. They have two of the most marketable quarterbacks in the league — neither of which they have used in advertising — in new Super Bowl champion Aaron Rodgers from the Green Bay Packers and the New York Jets' Mark Sanchez. The only player in this year's draft class that Nike has signed is former LSU cornerback Patrick Peterson, who is projected to be drafted among the top five players. Last year, the company signed Tim Tebow and Ndamukong Suh.

Under Armour picked up league MVP Tom Brady this season after his deal with Nike expired. The company also has Ray Lewis, Miles Austin and Anquan Boldin on its roster.

The NFL Draft will take place on April 28-30, regardless of whether or not a new Collective Bargaining Agreement is in place. Newton is expected to be drafted in the Top 10. Today is Valentine's Day, which is a special day for Under Armour CEO Kevin Plank. Money from a Valentine's Day rose business became part of the initial seed money ot start Under Armour in 1996.

News of the signing could not have come at a better time. Shares of the company's stock closed at an all-time high of $69.81 a share on Friday. The company is readying to introduce its first line of cotton apparel, called Charged Cotton, next month.