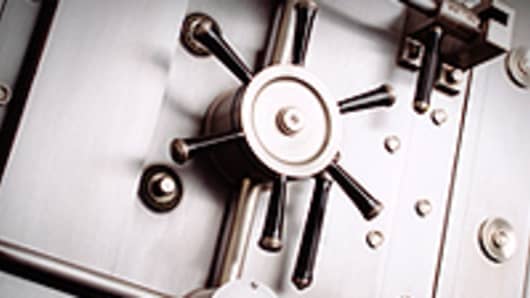 Let’s begin our examination of the errors of the inflation-hawk view of the world by bringing into focus one of its central assumptions: that the quantity of bank reserves determines the quantity of money and bank lending.

In the standard view, the Federal Reserve first creates reserves, which are then multiplied throughout the economy through the process of fractional reserve banking. Economists call this the money-multiplier effect.

If this view were true, the enormous rise in bank reserves that we’ve seen since 2008 should have resulted in a massive expansion of bank lending. This credit expansion should have produced inflation in the strict sense of a rise in the quantity of money. And this inflation should be producing asset bubbles and, eventually, rising prices.

But these things are not happening. Bank lending actually fell during the first quarter of this year—despite the Fed’s quantitative easing.

The rising prices we’ve seen in many areas—food and energy in particular—seem driven by fundamentals, rather than a general devaluing of money.

What seems to have happened is that changes in the banking system have reduced the traditional reserve requirement lending limitations to irrelevance. Bank lending is no longer constrained or expanded by the size of monetary reserves. Why not?

For a technical overview, you can read this paper from the Fed and this one from Libertarian Papers. Here’s a brief summary:

In fact, the level of reserves seem not to figure at all when it comes to bank lending. Instead, as a 2009 study produced by the Bank of International Settlements found, “the amount of credit outstanding is determined by banks’ willingness to supply loans, based on perceived risk-return trade-offs, and by the demand for those loans.”

To put it differently, the textbook money multiplier doesn't exist anymore. This means that Fed attempts to juice the economy by raising the quantity of reserves—the basic effect of quantitative easing—are bound to fail.

But it also means that predictions of massive inflation resulting from the rising reserves are also likely to be wrong.