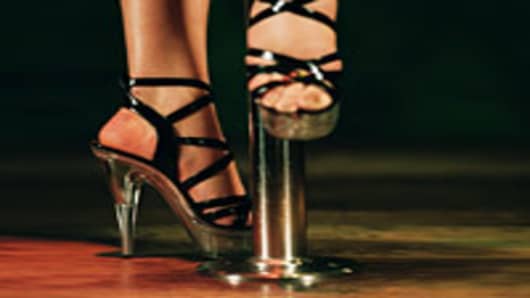 Indeed, if you look her up on LinkedIn, you'll find that she claims to work at Marx NY Capital LLC. Her Facebook page claims her fund returned 160 percent year to date. The fund's specialties are domestic equities, options and global commodities, according to the LinkedIn profile.

Last month, via Twitter, she said she was up 74 percent in one day on Ralph Lauren calls.

Despite the New York Post apparently having decided this story was too good to check, people are reacting skeptically.

"Can someone tell me why the occupation of 'hedge fund manager' seems to be so popular among former strippers, madams and social climbing spies?" Deirdre Brennan of the influential hedge fund news site FinAlternatives asked in an item titled "Tall Tales Of Hot ‘Hedge Fund’ Managers."

My old friend Julia La Roche, who is now at Business Insider, points out that her office is a residential building and there's no sign of her in any Securities and Exchange Commission filings.

But perhaps the greatest giveaway is that if she were a hedge fund manager, touting her performance on Facebook and Twitter would probably land her in hot water with the SEC. Hedge funds are not permitted to engage in general solicitation of the public — a rule the SEC takes quite seriously.

She may be an aspiring hedge fund manager. She may even be the next stock market genius. But if she's going to be serious about managing other people's money, she should take the time to learn the rules the government expects asset managers to play by.