With Europe's debt crisis now affecting the core, investors have been largely shunning stocks. But Michael Dillon, Investment Director for Asia-Pacific Equities at HSBC says the odds favor those who are willing to use the recent declines to buy Asian equities. 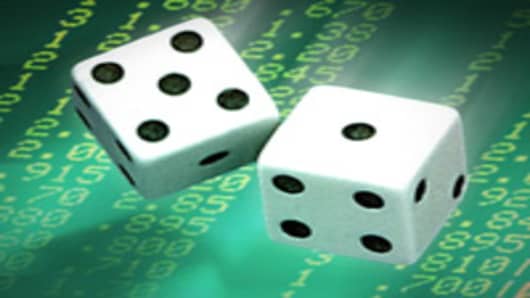 Based on his calculations of price to book ratios over the past 15 years, stocks in the region have rarely been this cheap. In fact, they've been more expensive nearly 70 percent of the period.

Dillon believes that buying now could result in a 20 percent decline over the next 12 months in the worst case scenario, but a 40 percent upside if things turn around.

But for many investors, cheap valuations haven't been a good enough reason to buy. The Shanghai composite for one, which has continued to hit record lows in terms of price-to-earnings ratios, hasn’t seen investors returning in droves.

Asian markets have remained in a funk despite strong growth in the region largely because of worries about growth in the Western economies. But HSBC's Dillon says the impact on Asia from developed economies is unlikely to be as bad as people think.

"The growth from Europe and the U.S. in the last couple of years has really been negligible in terms of its contribution to growth," he said. "The growth driver for the world is largely coming out of Asia, and that's not just China; that's India, Indonesia, and the whole region."

But not everyone is convinced about Asia’s stock market potential. Unlike HSBC, Standard Chartered Private Bank is taking a much more cautious view. The firm's Chief Investment Strategist, Steve Brice, told CNBC he favors gold and is "neutral" on stocks. In its monthly market view, Standard Chartered also said it favored developed market stocks over emerging markets, such as Asia, because emerging markets tend to be more vulnerable to a flight of liquidity during crises.

"Generally, we're quite defensive in terms of what we like," Brice said. "We are seeing growth slowing (in) (Asia), that's going to be the trend until we see the U.S. accelerate. We are getting some positive signs there; and Europe bottoming out."