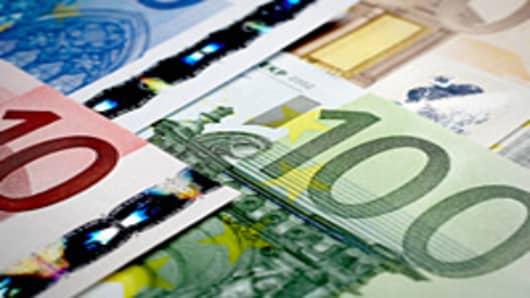 Yesterday I linked to a paper from Princeton’s Hyun Song Shin that demonstrated the importance of European banks to the supply of credit in the United States.

Basically, Shin shows how European banks borrow from the savings of U.S. households deposited with money market funds and recycle those savings into loans made to U.S. businesses and households.

These dollar borrowings are then used to buy U.S. financial assets, providing balance sheet relief to US banks, which in turn allows them to supply more credit to the US economy.

What this means is that a contraction of the balance sheets of European banks can easily translate into a contraction of credit for U.S. borrowers and a reduction in borrowing — and therefore interest income — for customers of US money market funds. European banks that need to shrink their balance sheets will buy fewer U.S. financial assets, which leaves less room for U.S. banks to make loans since their aren't ready secondary market buyers.

Here’s how Shin concludes his paper:

The global ?ow of funds perspective suggests that the European crisis of 2011 and the associated deleveraging of the European global banks will have far reaching implications not only for the euro zone, but also for credit supply conditions in the United States and capital ?ows to the emerging economies."

That’s a very sober way of saying that Europe’s banking crisis is very likely to produce a credit crunch on this side of the Atlantic Ocean.