The creation of a euro bond has been mooted as one of the ways to help bolster the euro zone, but could actually destroy the single currency, Otmar Issing, former Chief Economist at the European Central Bank, told CNBC Wednesday. 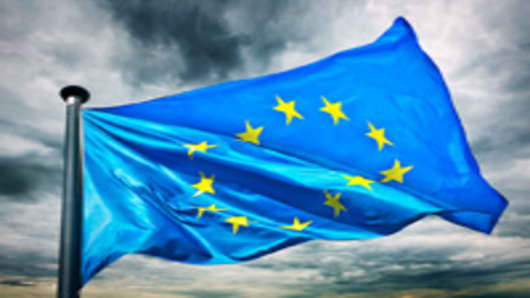 “There is no inevitability (about euro bonds),” he said.

“Euro bonds, giving the EFSF a bank licence – I think this would have destroyed the euro zone in the long run.”

He added that he was glad the most recent European Union leaders’ summit did not make an announcement on the issue.

Issing, who has also served on the board of the Deutsche Bundesbank, criticized recent bond-buying by the ECB.

“For me, an independent central bank should stay away from being involved in political decisions,” he said.

“Once you have started it’s very difficult to get out: to decide to what extent, at which interest rates for which country. These are decisions which have a strong political character.” 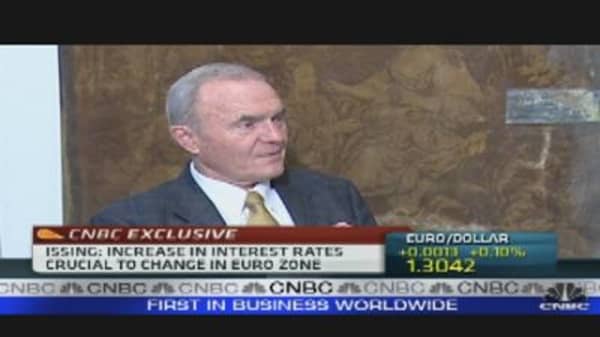 An Independent Central Bank Should Stay Away From Political Decisions: Issing    2:20 AM ET Wed, 14 Dec 2011

The bond-buying by the ECB helped calm down markets temporarily. Some market observers believe that the central bank will eventually have to bailout the euro zone’s struggling peripheral economies, especially if larger economies such as Spain and Italy come under more pressure.

The President of the Center for Financial Studies, Frankfurt believes that ECB intervention can dissuade governments from taking the necessary action to sort out their own economies.

“When interest rates for Italian bonds rose, the Berlusconi government got a package agreed in both houses within three days, which is extraordinary in Italy,” he said.

“When the ECB intervened, and spreads fell, reform was weakened. The economists call it moral hazard – it just creates the wrong incentives.”

The ECB intervened in the bond market in August after yields on 10-year Italian debt reached unsustainable levels.

“My strongest critique of the outcome of the last summit was that there was an agreement, forced by some countries, that markets should not play this role in the future. This is something we cannot miss. Political control alone, even strengthened, will hardly do the job.”