The International Consumer Electronics Show, which will open on Tuesday in Las Vegas, is impossible to ignore. It will smother the city’s gigantic convention center with gadgets and those who make and promote them; more than 140,000 people are expected to attend for a frenzy of old-fashioned social networking with other members of the tech set.

But once again, the show is unlikely to be where any blockbuster products of 2012 are introduced. Many of the hottest new gadgets in recent years — including Apple’s iPad and iPhone, Microsoft’s Kinect and Amazon’s Kindle Fire — were first announced at other events, even though C.E.S. remains the world’s biggest consumer technology convention.

This reflects the changing nature of the technology industry — particularly the fact that the most important developments in the electronics business are no longer coming from the makers of television sets and stereos that have been most closely identified with the show since it started in 1967.

And as the industry and its trade show have grown, the need for buzz and branding has become more acute. The most innovative players — like Apple and Amazon — need to stand out from the crowd and so have chosen to introduce their products at smaller, more narrowly defined conferences and company-only events.

In December, the significance of C.E.S. was further called into question when Microsoft said the 2012 show would be its last for exhibiting. Microsoft also said its chief executive, Steven A. Ballmer, after this year would no longer deliver the opening night keynote address for the event, which a Microsoft executive has done 14 times since 1995. And executives at the wireless carriers are not delivering keynote speeches on their own this year, which means they too are unlikely to make big announcements at the show. 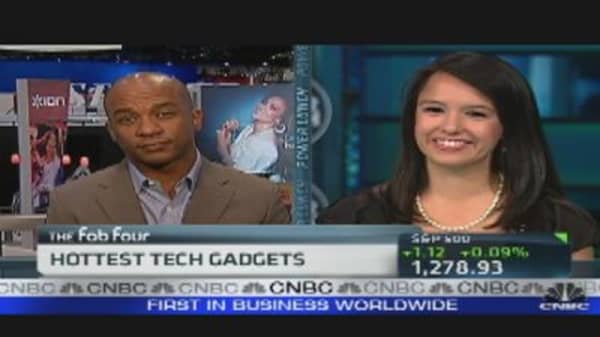 “For the larger guys, the show has become less important,” said Phil McKinney, who retired recently as the chief technology officer for the computer division at Hewlett-Packard , which stopped having a booth at the show in 2009. “The challenge for C.E.S. is when you start losing more and more of these anchor-type brands, does it cause a tipping point?”

Gary Shapiro, president of the Consumer Electronics Association, the industry trade group that produces the show, said that he was sorry to see Microsoft’s departure, but that it would have little impact on the popularity of the show.

The group said it was expecting more than 2,700 exhibitors at this week’s event, compared with 2,800 the year before, although it does not have a final number yet because it is still selling space. Attendance for the show last year was more than 149,000, but it’s too soon to tell whether this year will exceed that figure. Some companies that have stopped exhibiting on the floor still hold private meetings at the event because so many people attend it.

In an interview, Mr. Shapiro said exhibitors come and go from the show all the time. He said C.E.S. has no rival in its ability to attract top-tier executives in the tech industry, media, retailers and others from the around the world. “C.E.S. is the dominant show in consumer technology by any measure,” he said.

Mr. Shapiro disputed the idea that companies no longer make major news at the show, though he said the technology industry is so much larger than it once was that it is now in a “continuous news cycle” throughout the year.

“We are very positive about C.E.S.,” said Hiral Gheewala, director of marketing at Intel , a big exhibitor at the show.

There was a time, though, when it seemed that every major gadget had its debut at C.E.S., including the videocassette recorder in 1970, the camcorder in 1981 and the Xbox from Microsoft in 2001. While the show’s sheer scale — its exhibit space is more than 1.7 million square feet — makes it a desirable place to network, it also means news can easily get muffled.

“It’s not the best place for product announcements,” said Sarah Rotman Epps, an analyst at Forrester Research. “You get lost in all the noise.”

Instead, companies like Apple and Amazon tend to hold their own product presentation where they can have a “captive audience all to themselves,” Ms. Rotman Epps said.

The show is still important to many retailers, though, who either place orders or just get a look at new merchandise. But Apple and Amazon have brought changes to tech retailing because they sell directly to consumers. That has made them less dependent on the dwindling number of independent electronics retailers like Best Buy , which reported flat sales during December.

The timing of the show has also been a sore point for a number of technology companies, including Microsoft, which said it was leaving the show in large part because its product milestones did not align with the show’s January timing.

John MacFarlane, the chief executive of Sonos, a maker of wireless stereo systems, said announcing new products at the show would make customers who bought products during the holidays feel annoyed for missing out on the newest versions of its products. And sales usually do not pick up after the holidays until the back-to-school season begins in the summer.

“Why would you ever release things just in front of the slowest six months of the year?” asked Mr. MacFarlane, who stopped exhibiting on the floor almost a decade ago.

Still, like some of the technology companies that do not officially participate in the show, Sonos is seeking to capitalize on its popularity by conducting meetings at a hotel during the conference.

Mr. Shapiro said the group routinely surveyed its exhibitors and “by far January is the preferred time for the show.”

Companies that have stopped participating say the cost of having a meaningful presence at the show was a big factor in their decisions. In Microsoft’s case, the opening night keynote address was an added expense, involving large amounts of equipment, cameras and sometimes cameo appearances by celebrities. Producing the keynote event cost Microsoft close to $1 million each year, according to someone familiar with the event who wasn’t authorized to speak about it.

The association had also indicated to Microsoft that it wanted to schedule a keynote speaker from another company on the opening night of next year’s show, which could have been perceived as a slight to the company after it held the spot for so many years.

As he manages C.E.S., Mr. Shapiro said he is mindful of the fate of another conference, the computer-focused Comdex event, that discontinued its live events after 2003. During its heyday, Comdex became reviled within the technology industry for charging what were seen as exorbitant mark-ups on everything from floor space to fees for unloading trucks with equipment, something the electronics association does not do, he said.

“They extracted as much money as possible from their customers,” he said. “It was a case study of short-term thinking.