Avis Is on the Road to Strong Growth: Analyst

After a terrible second half last year, shares of Avis Budget Group and other rental car companies are on the road to recovery, Avondale Partners analyst Fred Lowrance told CNBC Friday.

“What we’ve seen so far this year for Avis and others in the space is we’re getting a favorable multiple correction,” he said.

The stocks have go so cheap at the second half of 2011 that investors are looking at a story like Avis as a bargain, considering its high earnings, Lowrance said. “There’s plenty of runway on the stock,” he added. 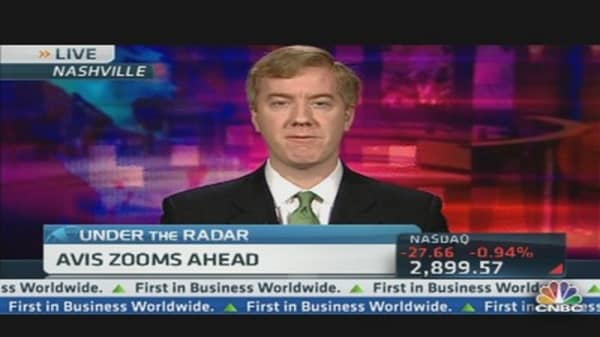 Avis, once known for its “We try harder” slogan, repurchased its old Avis Europe operations late last year, which brought the company markets in Europe as well as Asia, Africa, and the Middle East. Lowrance sees those non-European markets bringing the company growth, after a year when worldwide economic uncertainty had people cutting back on car rentals.

At the same time, more vehicles in the U.S. are being held longer, creating a shortage of used cars on the market. That means a company such as Avis, which periodically replaces its rental fleet, is “only getting the cars they want, so they are better able to manage demand,” the analyst said.

“When they go to sell these cars, because of the tight supply they are getting the best prices they’ve ever gotten on the resale,” Lowrance said.

And that, he says, will help put Avis’ earnings into overdrive.

Neither Fred Lowrance or his company own shares of Avis.