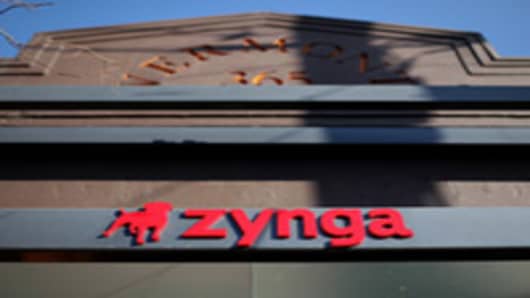 Zynga’s earnings, revenue, and user growth all came in slightly higher than expected.

The company reportednon-GAAP EPS of 6 cents for the quarter, a penny more than projected.

The company’s closely-watched “bookings” – a measure of users commitments to spend—was a record $329 million, up 15 percent from the year ago quarter, and higher than expected. Revenue also came in higher than projected and 32 percent higher than last year.

The big question though: how much are gamers spending to play? The number of monthly unique payers increased to 3.5 million in the first quarter of the year—up 21 percent from the fourth quarter of 2011. And average daily bookings per average daily users increased to $.055, up 8 percent year over year, but a tenth of a penny less than Wall Street expected.

And the company is cautious in its growth projections for the rest of the year, warning to expect slower sequential growth in the first half of the year, with the pace picking up in the second half of the year. The company projects full year EPS in the 23 cent to 29 cent rage, but Wall Street’s consensus projection is 27 cents—so this looks a bit light.

Zynga is focused on showing that it’s not just reliant on Facebook—pointing to the strong bookings from its mobile games, noting that ‘Words with Friends’ became the number one free game app of all time on the Apple platform. And now the company is looking to the Zynga platform – a destination for social games—as an engine of future growth. But in its forward statements the company notes that Facebook’s changes or changes in Zynga’s relationship with Facebook could materially impact the company’s ability to monetize its games. We can expect Zynga’s relationship with Zynga to be a hot topic on the conference call.