The market is trading on nothing but “hopes and prayers” and this week’s bounce-back in equities will most likely be short-lived, analysts say. 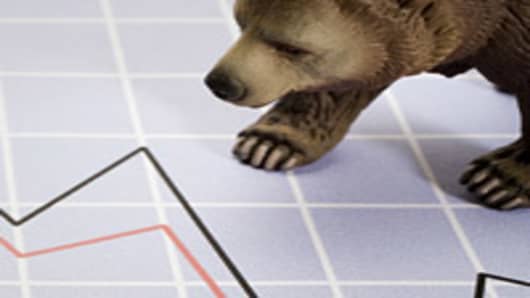 Olivier Desbarres, Director and Head of Foreign Exchange at Barclays in Singapore said the gains were unlikely to be sustained.

“There’s actually not been that much good news in the form of data or policy measures,” Desbarres said. “I think what we are seeing at the moment is a market that is trading on hopes and prayers…hope that policymakers in the euro zone, in the U.S. and in China will come up with a set of measures that ring-fence some of the liquidity and solvency problems that we have.”

There is however very little indication that central banks will do anything new, especially after the European Central Bank (ECB) left the region’s key interest rate unchanged, Desbarres said.

It is also unclear that Federal Reserve Chairman Ben Bernanke will announce further monetary easing or extended liquidity operations, when he speaks on Thursday, he added.

Even among those who expect further central bank action, there's growing skepticism it will have a long-term impact on markets. Morgan Stanley, for example, expects a broad-based response to slowing growth including rate cuts in China and the euro zone, and further balance sheet expansion by the Bank of England, Bank of Japan and the Federal Reserve (QE3).

But Gerard Minack, a Morgan Stanley strategist says, "If the macro picture stays weak, expect any QE3 rally to last hours or days, not weeks or months."

For markets to truly rally, Stephen Halmarick, Head of Investment Market Research at Colonial First State Global Asset Management in Sydney, says Europe has to come up with a "big picture" solution to the region's debt crisis.

Sell Everything Else and Buy Gold

The only thing that investors should be looking to add is gold, which will benefit from further monetary easing, Silverman said.

Gold prices have declined in recent months, as investors have sold it along with other risk assets. But Silverman believes gold will now gain on a “flight to quality.”

Spot gold prices edged higher in Asian trade on Thursday, building on its highest settlement in a month in the U.S. on hopes of further monetary stimulus.

Burkhard Varnholt, Chief Investment Officer and Head of Asset Management at Sarasin Bank, also told CNBC he believes the precious metal will gain because of its status as an alternative currency.

“I think gold ultimately will hit $2,000 and there are two reasons behind that,” Varnholt said. “One is continued central bank buying from Asia who are looking to diversify out of euro zone dollars and then because investors are concerned about fiscal recklessness.”