Is the Miami Mansion Boom Becoming a Bubble? 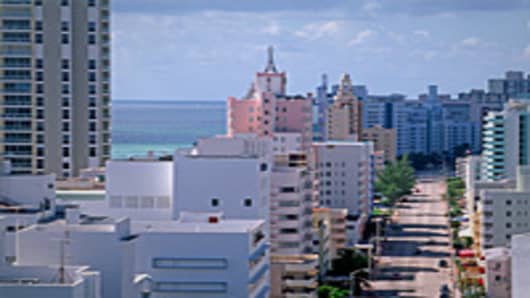 All of a sudden, high-end real estate prices in Miami are breaking records.

There was the $25 million condo sale last month, which marked the highest price ever paid for a condo in Miami-Dade County.

There was the mansion on Indian Creek Drive that is reported to be in contract for $52 million, which would also smash pre-recession records for the area.

The whopper of them all: The owner of Casa Casuarina, formerly known as the Versace mansion, has listed the property for $125 million.

Miami real-estate agents are hyping the market with a level of heavy-breathing not seen since 2006. Prices can only go up, they say. Sales of million-dollar condos in 2011 are up nearly 20 percent over the previous peak year of 2006.

“Miami is hot and it’s not just the weather!” said Jack Levin, chairman of the Miami Association of Realtors.

But a closer look suggests that the Miami boom is displaying some bubble-like tendencies. While it’s not likely to crash anytime soon, the market is being driven by an especially speculative species of wealthy buyer. If global financial markets fall out of bed globally, or emerging markets slow more than expected, Miami’s high-end real-estate market could also suffer.

Consider the stats: The lion’s share of Miami’s high-end real estate is now bought by foreigners. In 2010, according to the National Association of Realtors, Florida accounted for more than a quarter of the $82 billion in sales to international buyers.

The average price paid by those buyers was $400,000, against an overall U.S. average of $212,000. Sixty-two percent of international purchases were all cash, a percentage that has been increasing since 2007.

Real-estate economists and brokers say most of the foreigner investors are rich families from Brazil, Argentina, Venezuela and Russia. These families are growing increasingly nervous about threats to their wealth from economies and governments back home and are looking for a safe place to store their cash.

Miami is an ideal location, offering all the safety of the United States with the fun and mildly exotic feel of southern Florida. 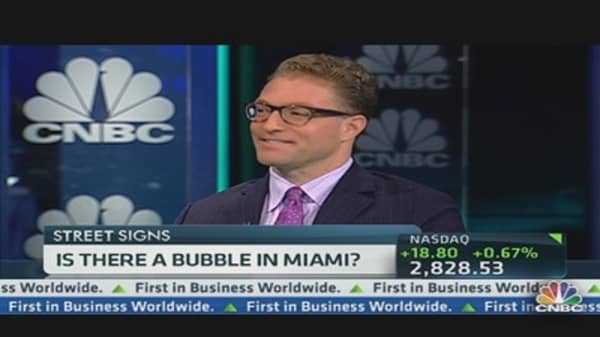 In other words, Miami’s boom is not a broad-based market recovery driven by local families needing a home. It’s being fueled by a tiny top slice of super-rich overseas buyer looking for the latest hot investment.

They’re not buying their first home, or even their second or third. They’re investing in a stock with an ocean view.

The continued interest in Miami mansions and penthouses has as much to do with the rest of the wealthy foreigners' portfolio and liquidity needs as it does the real housing market.

That makes the market especially sensitive to financial shocks from Europe or a slowdown in growth in emerging markets. If European markets tumble and China has a hard landing, the shocks will be felt quickly at the top of Miami's glass-walled Continuum Towers or Setai.

“This is flight to safety for these buyers, an investment decision” said Jonathan Miller of Miller Samuel Real Estate Appraisers and Consultants. “The question is how long and how far will it go? Does this create a bubble at the very high end in these specific markets?”

Mr. Miller said he suspects the strength to continue in Miami for the foreseeable future. But he adds that in the past, high-end markets can turn on a dime.