History of Defaults: Greece Did It First; Spain Most Often

A few days ago, I was speaking to a friend of mine who had decided to go back in economic history and do some research on defaults. Turns out, Greece was the very first country to default on its debt since 377BC. Moreover, since its independence in 1829, Greece has spent around half its time in default on its sovereign debt. 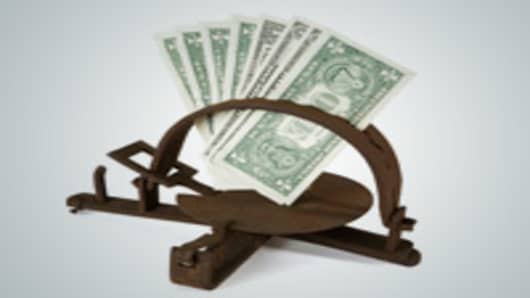 Next week should be interesting. In the aftermath of Fitch and Moody’s having downgraded Spain’s credit ratings, Mexico will host a summit of G20 leaders June 18 and June 19 which will be dominated by the euro zone debt crisis. It is widely expected that Spain will tell us more about how it plans to use the up to 100 billion euros ($125 billion) that euro zone finance ministers agreed to lend Spain to shore up its banks.

Whichever route they’re taking, the sooner Spanish leaders communicate their intentions, the better. The cost of borrowing hit a record high on Thursday, with the yield on the 10-year note going through 7 percent (a level widely seen as unsustainable), and according to the latest data from the European Central bank, Spanish banks borrowed a new record of around 325 billion euros from the European Central Bank in May.

And it’s not just Spain going to the ECB; Portuguese borrowing in May also hit a record high of almost 59 billion euros. This shows the interbank lending market, to some extent, remains sticky for periphery Europe. When looking at banks across Europe, Standard & Poor’s states that of the 50 largest rated European banks, 27 currently have negative outlooks or negative credit watch placements, reflecting their view of the difficult environment across the region.

Next week also sees the US Federal Reserve meeting on June 19 and June 20. The key question is whether they will indicate another round of "Operation Twist" (swapping short duration bonds for longer duration bonds), or whether they might show a willingness to support the market by directly buying bonds. Most market participants now expect Fed and ECB stimulus before the summer is over.

Gary Baker, Head of European Equities Strategy at Bank of America Merrill Lynch Global Research, told me their latest research shows 73 percent of respondents now expect more quantitative easing from the ECB over the next four months (up from 46 percent who expected new cash injections in May’s survey). Baker also pointed out expectations of more quantitative easing from the Fed also rose, with a net 44 percent of respondents expecting further action (compared with 31 percent in June).

Personally, I look forward to next week, as we no doubt will be able to add a few more quotes to the following euro zone roundup: