The U.S. central bank will most likely ease monetary policy when it meets this week as recent data point to a worsening labor market and the crisis in Europe intensifies, Goldman Sachs said. 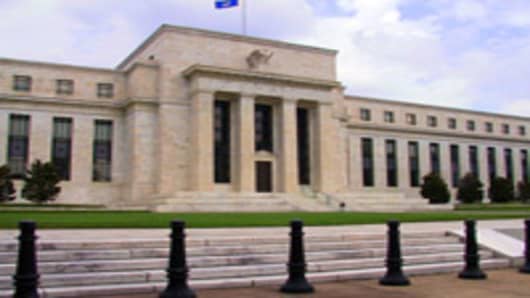 The Federal Open Market Committee will likely say it would buy assets such as mortgage-backed securities and U.S. Treasurys when it meets for a two-day meeting starting Tuesday, Jan Hatzius, the investment bank’s Chief U.S. Economist said in a report on Monday.

“We would be quite surprised if we saw no easing this week,” Hatzius wrote in the report.

The Federal Reserve may also extend Operation Twist, he added, although he does not find the “strategy very attractive.” The program – which involves the Fed selling medium-term bonds and using the proceeds to buy longer-term ones, such as 10-year Treasurys, effectively driving down longer-term interest rates – runs out at the end of June.

“We believe that an extension of Operation Twist could well be insufficient on its own and could thus be followed by additional easing action before long,” Hatzius said.

Instead, a “sufficiently large program” that involves mortgage-backed securities would help, he said, adding that while “it is unlikely to be very powerful, that doesn't mean Fed officials shouldn't do it.”

“The risk of inflation is remote, and even when it becomes less remote Fed officials should be easily able to tighten policy sufficiently,” Hatzius wrote.

In addition, the Fed could opt for unconventional means such as promising not to raise rates until the unemployment rate has fallen to a specific level and a nominal GDP level target, according to the report.

While analysts agree that the U.S. economy faces deep problems, not everyone is expecting measures beyond extending Operation Twist.

“I think it probably wants to save some bullets for later on in the year, once we get some clearer sense of where Europe is going and the impact that it has,” Rob Rennie, Global Head of FX Strategy with Westpac Bank in Sydney, told CNBC Asia’s “Squawk Box” on Tuesday. “So our expectations are only for an extension of Operation Twist, no more.”

Gerald Hanweck, Professor of Finance at George Mason University, said what’s more likely to happen is that the Fed would hold off on easing until the next meeting.

“I think the Fed has pretty much spent its bullets. It’s run out of steam; its QEs are having less and less impact on the real economy,” Hanweck told CNBC. “There are members who are really not in favor of having any more expansion, any more quantitative easing, including Operation Twist. So it is very likely that what might happen is they’ll put it off until the next meeting because they’re supposed to be done with the current operation Twist by the end of June.”

Tax cuts to help individuals and the corporate sector, as well as incentives to get businesses to invest are what will help the U.S. economy, Hanweck said. The Fed could also adopt “extreme” measures such as boosting demand for corporate bonds.

“It can buy, if it wants to go to an extreme, it can start buying short-term commercial paper. And that’s certainly one of the areas where it has an option. It’s an extreme option but they could do it,” he added.