he U.S. Department of Energy last week issued one crude oil loan from the Strategic Petroleum Reserve to Marathon Petroleum as gulf operators dealt with the effects of Hurricane Isaac. The dual effect of the Category 1 storm and the Labor Day holiday in the United States caused a brief spike in energy prices. But it appears that geopolitical and economic issues are shaping the price of oil more than worries about supply. 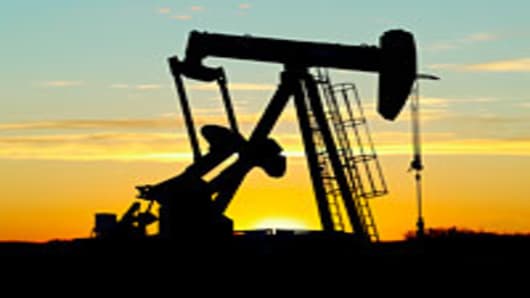 The Treasury Department said G7 members were ready to call the International Energy Agency to action to ensure markets were flowing. IEA Executive Director Maria van der Hoeven, however, said that energy markets were "well-supplied." Hurricane Katrina in 2005, a much stronger storm, prompted a strategic petroleum release, but by Friday, companies like Exxon Mobil had already started the process of restoring operations in the Gulf of Mexico as the remnants of Isaac moved inland.

The U.S. Bureau of Safety and Environmental Enforcement said nearly all of the oil production in the Gulf of Mexico was shut in by Isaac. The temporary restriction represented 95 percent of the daily production from the region. In mid-August, however, the IEA had already lowered its demand forecast from 900,000 barrels per day this year to 800,000 bpd in 2013 because of sluggish economic growth, suggesting markets could withstand the closure in the gulf.

Outside the G7, the Chinese economy is expecting a slowdown in its own right. China's economic growth rate was expected to increase by 0.1 percentage points to 8.1 percent in 2013, down from previous predictions of 0.5 percent. Analysts had said a bearish Chinese economy was "not good news" for the international energy market. For the last 20 years, the Chinese economy has been the driving force behind much of the energy markets. At least some of that slowdown in China, however, was because of a weak Western economies. The French economy again moved toward recession and the IEA put U.S. economic growth at 2 percent for next year, a 0.3 percent decline from the previous report.

Predictions of a release from the SPR brought a frenzy of reports criticizing the heightened reaction to rising energy prices. The IEA had said markets are not only well-supplied, but the agency's assessments of long-term economic growth suggest recent increases in oil prices may be temporary.

Crude prices fell briefly in reaction to the G7 statement, but rallied again after U.S. Federal Reserve Chairman Ben Bernanke said injecting more money into the economy could fuel growth. The all-options-on-the-table approach by the G7, coupled with market reactions to Bernanke's speech, suggest that, at this point, there are few physical market mechanisms at play in recent trends for oil.

—This story originally appeared on Oilprice.com. Click here to read the orginal story.