Greeks should operate a six-day working week for all sectors, international creditors said in a letter to the Greek government, a measure which forms part of a wider set of demands in return for aid to the country. 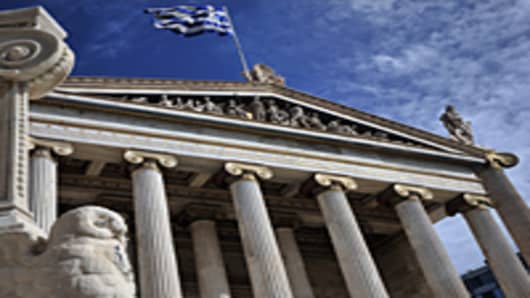 In the leaked letter, reported in The Guardian newspaper, the European Commission, European Central Bank(learn more), and International Monetary Fund (learn more) call for Athens to implement the measure as part of the bailout agreement with lenders.

According to the paper, the letter states that more flexibility must be implemented to work schedules, including working into the weekend by increasing the number of maximum working days to six.

The paper printed the following extract from the letter: "Increase the number of maximum workdays to six days per week for all sectors. Increase flexibility of work schedules; set the minimum daily rest to 11 hours; delink the working hours of employees from the opening hours of the establishment; eliminate restrictions on minimum/maximum time between morning and afternoon shifts; allow the consecutive two-week leave to be taken anytime during the year in seasonal sectors."

Greece has had to agree to an austerity package and stringent labor market reforms in order to continue receiving payments from its creditors. 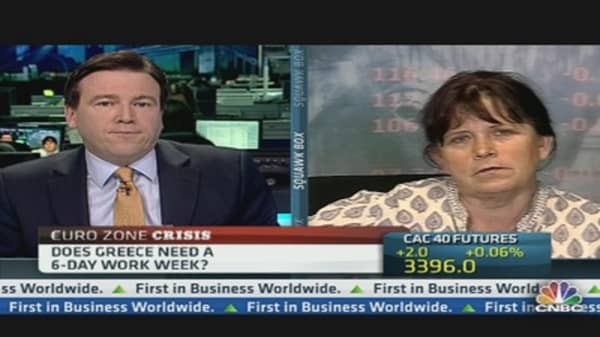 These have led to widespread discontent amongst the Greek population and choked the Greek economy as it struggles to combine austerity with economic growth.

The country is still struggling to reform its economy, tackle rampant tax evasion and corruption, and slim down its bloated public sector.

Outside Greece — particularly within the northern countries of the euro zone — the measures are seen as fundamental to any further financial assistance the country gets and crucial to its very existence within the euro zone itself.

An assessment on the progress of reforms in return for the next tranche of aid will take place when the so-called troika visit the beleaguered country in the next few days and reports back in October.

There is growing concern among European policymakers that the Greek government has not kept to the schedule of cuts and reforms following Greek Prime Minister Antonis Samaras’ requests for more time to implement the full scope of spending cuts and reforms of the bailout.

The growing exasperation among some within the euro zone and the increasingly likelihood that more time and perhaps a further bailout will be needed have shifted talk of a "Grexit" from the currency bloc to the top of the agenda.

On Wednesday, Manfred Neumann, professor of economics at the Institute for Economic Policy at the University of Bonn told CNBC that Greece needs to leave the euro and reintroduce its own currency if it wants to get back on its feet and return to growth. (Read more: Greece Needs to Leave Euro Zone.)