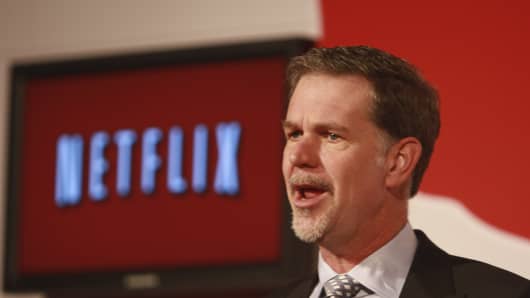 Icahn filed a 13-D form with the Securities and Exchange Commission, revealing that he's purchased most of his shares and underlying call options in the past week, following Netflix's disappointing earnings announcement last Tuesday. And it was just last week that an unconfirmed rumor that Microsoft would be interest in buying Netflix sent the stock higher. (Read More: Netflix Revenue Rises, But Streaming Forecast Falls Short.)

Neither Netflix nor Icahn has commented on the purchase, but the filing reveals Icahn's thinking.

In SEC legalese, he said he sees the streaming video company as a valuable takeover target for one of the tech companies as they get into online streaming because it's the leading player in that space. And on the heels of Netflix's move into Scandinavia, Icahn says he sees opportunity in international expansion. (Read More: Netflix Expands Into Scandinavia.)

Here's the most interesting paragraph in the filing — the bold is my addition:

Considering Icahn's long history as a corporate raider, we can absolutely expect him to "have discussions with the Issuer" — or push Netflix's CEO Reed Hastings to make changes.

So who could Icahn want Netflix to sell to? Anyone who has a stake in streaming video, which means all the tech giants: Microsoft, Amazon.com, Apple, and Google . 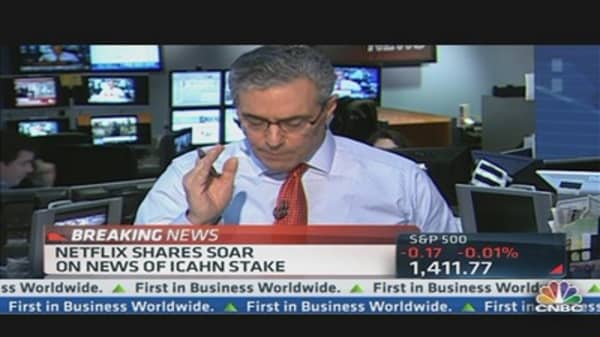 However, each has their own reason not to want to buy the $4.5 billion market cap company.

The rumor that Microsoft could be interested in Netflix comes from its big push to make its Xbox console into an entertainment hub with its Xbox Live service. But Xbox already benefits from all that Netflix traffic on its consoles, so one might argue it doesn't need to make the purchase. (Read More: Microsoft Jumps Into Music With the Xbox.)

Another natural fit could be Amazon, as it grows its streaming video business with Amazon Prime. But many analysts have pointed out that Amazon already has a player in this space with Amazon Prime in the U.S. and LoveFilm in the U.K., and a history of building rather than buying.

Google could integrate Netflix into its Google TV venture and YouTube, but the subscription model doesn't exactly fit with YouTube's ad-supported approach. And Apple doesn't have an unlimited streaming option for iTunes, but if it wanted one, based on its track record and reach, it would likely opt to build rather than buy.

We'll see what changes Icahn has in mind to take advantage of the "dominant market position and international growth prospects" he cited. He could also push Netflix to expand overseas more quickly. We'll be watching to see what Icahn says — he's not shy and doesn't mince words.