The national average for retail gasoline fell slightly below $3.50 a gallon Friday for the first time since March 6, according to OPIS and AAA. 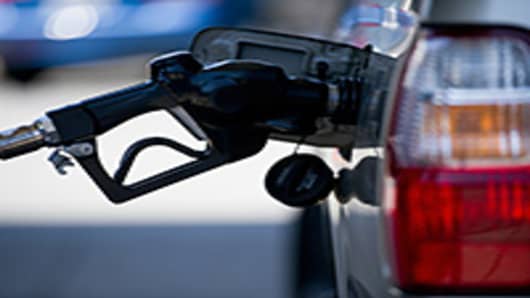 Regular gasoline is now $3.496 a gallon on average nationally, down 8 cents in a week and a 28-cent plunge in a month. The national average is only 7 cents higher than a year ago.

Traders have seen gasoline prices come down sharply as well. NYMEX RBOB prices are at the lowest price in a year, despite long lines at gas stations, limited barge traffic, and refineries and terminals still shut in and around New York.

Meanwhile, oil prices fell to session lows after the U.S. Department of Homeland Security issued a blanket waiver of the Jones Act, allowing foreign-flagged oil tankers to transport crude oil and refined fuels from the Gulf of Mexico to ports along the East Coast.

Under the Merchant Marine Act of 1920, known as the Jones Act, all goods transported by water between U.S. ports must be carried in U.S.-flagged ships, constructed in the United States, owned by U.S. citizens, and crewed by U.S. citizens and U.S. permanent residents.

The waiver will operate until November 13, but the Obama Administration says it is "continuing to monitor the situation and is prepared to take additional actions as necessary to ensure that the energy needs of the region affected by Hurricane Sandy are met."

"It's pretty clear that everything is being thrown at this problem," said John Kilduff, founder of Again Capital and CNBC contributor. "Refineries are starting back, companies are literally shipping up their own generators to get fuel terminals up and running."

Now this waiver "enlarges the available fleet to get critical supplies to the Northeast."

In both New York and New Jersey, where shortages are resulting in long lines at the pump, the price per gallon rose one cent overnight to $3.93 and $3.55 respectively. New Jersey station owners do not expect a big increase since they can only raise prices by 10 percent from pre-Sandy levels due to the state of emergency, according to Sal Risalvato, executive director of the N.J. Gasoline, Convenience, Automotive Assocation. (Read More: NJ Investigating Reports of Price Gouging)

"A lot of elements are coming together and contributing to giving people fuel price relief," said OPIS analyst Tom Kloza.

In addition to a sharp drop in consumer demand due to Hurricane Sandy, oil prices in western Canada, North Dakota, and the western part of Texas have fallen sharply, Kloza said. Also, as the electricity comes back on, the madness of gas lines in the New York area will stop. (Read More: Gas Shortages May Not End for a Week)

AAA expects that gas prices across the country will continue to drop through the end of the year, assuming a smooth restart to production following Hurricane Sandy. AAA predicts the national average price of gas could fall to $3.40 a gallon by Election Day and between $3.25 and $3.40 a gallon by Thanksgiving. Gas prices could drop by 40 cents a gallon between now and the end of the year, says AAA spokesperson Avery Ash.

In South Carolina, Oklahoma and Missouri, gas prices are already under $3.20 a gallon on average, below or on par where the state-wide average was a year ago, according to Gasbuddy.com and AAA.